COLUMBUS, Ohio -- The Division IV sectional tournament tipped off on Tuesday and it took roughly 90 minutes for the first upset to occur. Going on the road and knocking off No. 4 Tree of Life, No. 9 Newark Catholic's upset was the highlights of Tuesday's sectional semifinal action.

The stock is rising! Dow Jones led Newark Catholic with 15 points as the Green Wave went on the road and knocked off Tree of Life, 46-43.

Granger Evans and Heath Jeffries each added 10 points as Newark Catholic survived in the final seconds.

Although Jones was the smallest guy on the floor, he stepped up in the biggest of moments scoring 10 fourth quarter points. Jones knocked down his second three of the quarter giving Newark Catholic an 44-40 lead in the final minute.

Tree of Life senior Ian Leech was fouled shooting a three as he made all three free throws cutting the Newark Catholic lead to 44-43 on the next possession. Jones calmly iced the game at the line making two free throws with 30 seconds remaining.

Tree of Life was led by senior Josh Smith, who scored a team-high 10 points. No other player scored in double figures for the Warriors

Newark Catholic will hit the road on Friday for a road matchup at No. 5 Ridgedale at 7 p.m. Friday's sectional final will be a 75 mile trip for the Green Wave, as Ridgedale is the most northwestern school in the Central District. 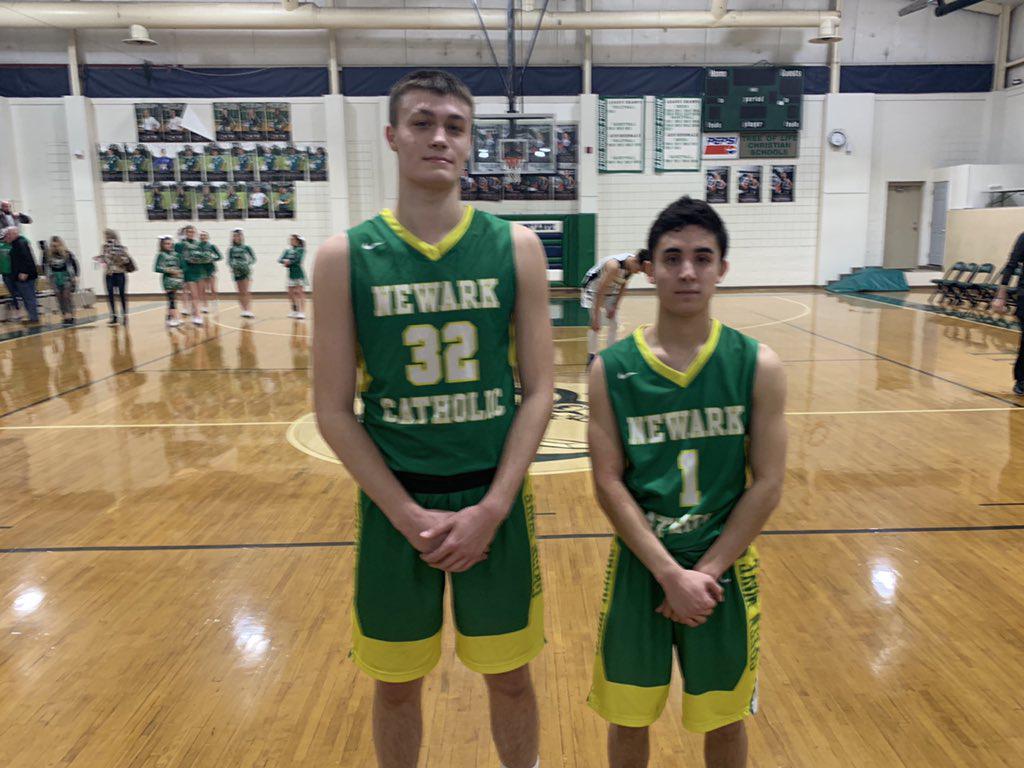 Fisher Catholic moves on to a sectional final matchup against No. 14 Millersport, who upset No. 8 Fairfield Christian on Monday.

Berne Union moves on to host No. 7 Danville on Friday at 7 p.m.

In the opening round in the Division IV Tournament, No. 3 Centerburg took care of business against No. 11 Northside Christian, 66-23.

The Trojans were clearly the more talented team in this matchup and looked to put the nail in the coffin early against Northside Christian with a full court trapping defense, taking advantage of inadequate ball handling and decision making. After finishing the first quarter up 25-2, the Trojans never looked and ended the night with a 43-point victory.

Centerburg sophomore wing Carter Jones led his team with 28 points. He excelled as a spot up shooter, working the middle of the Northside Christian 1-3-1 zone, and as a transition ball handler. Jones and the Trojans will face the No. 6 Shekinah Christian at home on Friday at 7 p.m.

In the first sectional semifinal in the area on Monday, Ashton Bigler and Ridgedale jumped out early over Cardington and rolled to a 56-46 victory.

The Rockets will move on to play No. 9 Newark Catholic on Friday at 7 p.m.

Shekinah Christian got 25 combined points from Kent Gingerich and Ben Hershberger as the Flames jumped out to a 19-6 first quarter lead in a 44-38 win over Delaware Christian.

Jon Walter led Delaware Christian with 12 points in the loss, as no other player added more than seven points.

Shekinah Christian moves on to a challenging sectional final at No. 3 Centerburg on Friday at 1 p.m.

Danville moves on to play at No. 2 Berne Union on Friday at 7 p.m.

Despite trailing 18-8 after a quarter of play, Millersport outscored Fairfield Christian in the second and fourth quarters by 19 points to pull away with the upset win on the road, 52-49.

Delivering the upset on the road, Millersport will travel to No. 1 Fisher Catholic on Friday at 7 p.m. in a rubber match between the two MSL-Cardinal programs.

Ohio guard Ben Roderick is NEXT UP 📈 Complete freshman season highlights from one of the greatest Central Ohio hoo… https://t.co/85UNosJQs3