Now or Never: Jelani Simmons putting Beechcroft back on the map

COLUMBUS, Ohio -- It all started with the strip of an opposing four-star forward and ended with a poster slam on another Division I recruit on the main floor of the Spiece Fieldhouse. Taking control of the crowd, it was right then and there that Jelani Simmons officially put himself on the radar last weekend at the Bill Hensley Memorial Run-n-Slam.

Earning his first scholarship offer from Fairmont State less than 24 hours later, Simmons has finally broken the ice on a recruitment that could become very interesting.

Roaming the Beechcroft backcourt for the last few years, Simmons has been a prospect that has just been waiting to break out. Last weekend's performance could be the signature moment that represents a colossal shift for the 6-foot-6 wing guard.

"Last weekend was great," Simmons told 270 Hoops. "I knew there was going to be college coaches there so I knew I had no choice but to show out."

And show out Simmons did. In a breakout performance for All-Ohio Black, Simmons led his squad over the EYBL's own Spiece Indy Heat behind several powerful slams that got the gym rocking. While Simmons has developed into a knockdown shooter who has range deep behind the three-point line, it is his ever increasing length and athleticism that is intriguing.

Fresh off a visit to Fairmont State on Wednesday, Simmons came away impressed with the reigning Division II national runner-up.

"The visit went well," Simmons said. "I was able to practice with the team and it feels good to know that I can go to college for free."

With the first of many scholarship offers on the table for Simmons, the rest of the AAU season will serve as a proving ground for a player that could be due for a major winter.

In a program that has struggled to get over the hump in the last few years, Simmons could be the type of impact player that could change the course for the Cougars.

Coming into Simmons' sophomore season, Beechcroft seemed to have the pieces to be a contender, but would settle on 14 wins and a loss in the sectional finals.

As a junior and with the entire starting five back this past season, Beechcroft looked to have a chance to win the City League. Finishing second to Northland in the North division, the Cougars would wrap up the regular season with a win on the road at Eastmoor. However, that momentum would not last long, as Beechcroft fell in the sectional finals at Heath, with just 14 wins under its belt for the third-straight season.

This winter, five of Beechcroft's top six rotation players are back, as Simmons and the Cougars are hungry to disrupt the balance of power in the City League. In order for Beechcroft to do just that, Simmons will have to have an integral part in making that happen for the Cougars.

If the next high school season goes anything like Simmons' AAU spring, you just might see Beechcroft representing the North division in the 2018 City League Championship. 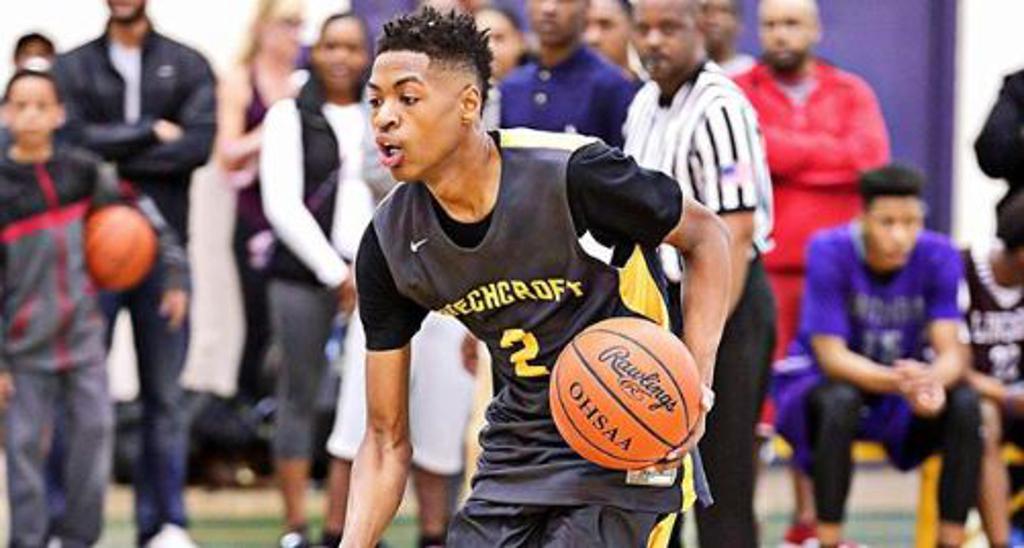