A look at our predictions for Tuesday's district semifinal matchups

COLUMBUS, Ohio -- Tickets will be punched for the district finals in Division II on Tuesday. Let's take a look at the matchups and our picks for each one of them.

For the second-straight year, South and Bishop Watterson square off in the district semifinals at East. South is looking to advance to its third-straight district final while Watterson is looking to get out of the district semifinals for the first time since 2014. The Eagles come in six games under .500, but are peaking at the right time. For South, the Bulldogs are winners of 23 of its last 24 games and have shown no signs of slowing down any time soon.

South wins if: The Bulldogs can speed up the tempo, force Watterson into turnovers and punish the Eagles in transition with its speed.

Watterson wins if: The Eagles slow the game down, force South to knock down jump shots in the half court game and limit turnovers. Watterson will also need a big night out of its cast of shooters.

The most anticipated district semifinal on the night, No. 2 DeSales and No. 3 Eastmoor square off for what could really be a district final. Two teams that jumped in the bracket that goes to Athens for regionals, both DeSales and Eastmoor had a long tournament run in mind when they decided to enter the same bracket as top-seeded South. A game that go could either way, we expect this one to come down to the wire.

DeSales wins if: The Stallions can keep the game in the 40s and 50s, making Eastmoor win a half court contest. The Stallions' guards will need to step up on Tuesday and not allow Eastmoor's full-court pressure (if they come out in it) to speed them up. A healthy shooting night won't hurt either.

Eastmoor wins if: The Warriors can increase the tempo, force turnovers and use its length and athleticism in transition. Eastmoor is at its best when its running and jumping teams and forcing mistakes. If the game does happen to slow down, the Warriors will need to move the ball and hit shots, something it did in an 86-point performance against Independence on Saturday.

Two familiar foes outside of Franklin County, No. 5 Johnstown and No. 6 Bloom-Carroll head to Watkins Memorial for a district semifinal matchup that could swing either way. Two teams that are fairly hot at the moment, we don't expect this game to be too high scoring on Tuesday.

Johnstown wins if: Kyle Matoszkia has a strong game on the interior and the Johnnies knock down perimeter jumpers. When Johnstown is cold from the field, they really struggle to score. That cannot happen tonight against a Bloom-Carroll team that can light it up.

Bloom-Carroll wins if: The Bulldogs can get steady production from Gavin Brown and Matt Smith. When both seniors are on, Bloom-Carroll is tough to stop. Smith will have a tough task on his hands in defending Matoszkia, as that could be the matchup that determines this game.

Two teams that pulled off upsets last week, No. 7 Heath heads to nearby Granville to take on No. 10 Linden-McKinley. Linden delivered the upset of the tournament by taking down No. 4 Bishop Hartley last week and will look to do much of the same on Tuesday. Standing in their way is a Heath team that is senior laden and on a mission to win a district title. These two squads met earlier in the year, with Heath taking down Linden by three points at home. Will that happen again? We will see on Tuesday.

Heath wins if: Senior guards Aaron Latiolais and Denton Jacob get going and combine for more than 30 points. When those two are clicking, the Bulldogs are tough to stop. Heath will also need to keep Linden off the glass and out of transition.

Linden wins if: The Panthers can use its size and athleticism to speed Heath up. The Panthers will also need to hit jump shots and convert at the line to take down a tough Heath squad. Linden has shown an ability to win both slow and fast this March, as we see this game being on the slower side. It will all come down to execution. 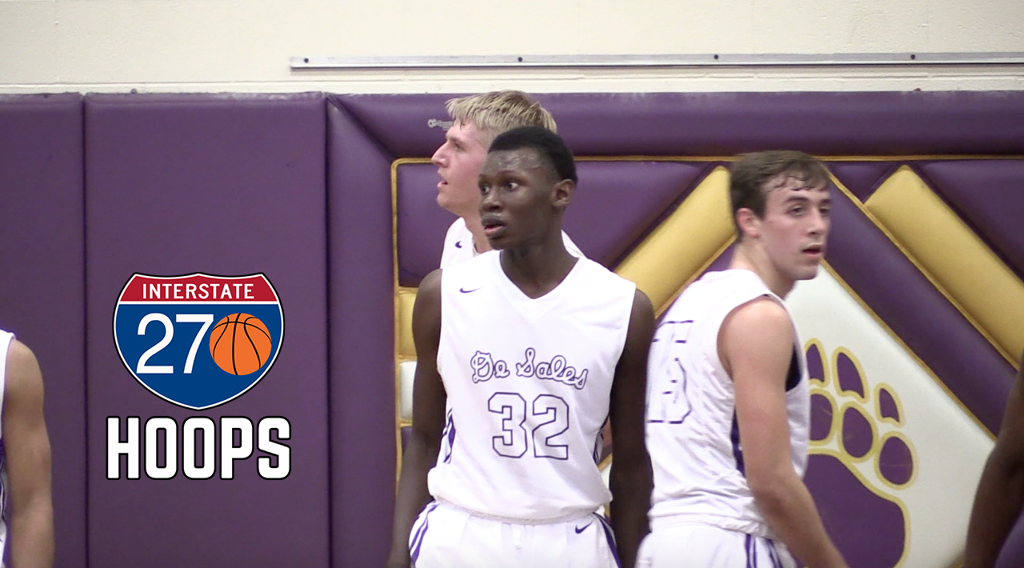