.@HarvestPrepBB's CJ Penha with this huge and-one, giving the Warriors the lead for the first time in the game with a minute left. pic.twitter.com/ApgPYL5GZk

GROVE CITY, Ohio -- Harvest Prep did not lead after any of the four quarters of regulation on Friday. In a battle for first place in the Mid-State League at Grove City Christian, the Warriors led after the most important buzzer, taking down the Eagles 77-68 in overtime.

Forcing a tie for first place in the MSL-Cardinal division, Harvest Prep relied on its big three of senior guard Shaylin Waugh, freshman guard CJ Anthony and junior forward CJ Penha in the gut-wrenching road win, as the trio combined for 66 points.

The momentous Harvest Prep rally began midway through the fourth quarter, as the Warriors trailed 60-53 with 3:16 to go. It was at that moment that the freshman guard Anthony took over.

Putting together a 5-0 run of his own, Anthony gave the Warriors the momentum it needed to complete a late charge. Moments later, the Warriors would take its first lead as Penha drove and scored inside through contact, giving the Warriors a 63-62 lead with :33.7 to play.

Opening up overtime with another big Penha bucket, the 6-foot-5 wing corralled an offensive rebound above the rim, putting it back for a three-point play after being fouled. Holding Grove City Christian scoreless until the 1:21 mark of overtime, Harvest Prep would not allow the Eagles to get any closer than three, as it converted at the line in the final minute to take home a 77-68 road win to Canal Winchester.

Leading the charge for Harvest Prep was Waugh, who scored a career-high 30 points. Knocking down four threes in the game, Waugh controlled the tempo at the point guard position, winning a head-to-head matchup with talented Grove City Christian senior guard Matt Bailey.

Anthony added 21 clutch points for Harvest Prep, as the freshman stepped it up in the second half and overtime, scoring 14 points. Anthony added three rebounds, four assists and four steals to his stat line.

Coming alive in the second half, Penha controlled the glass for the Warriors, finishing with 15 points and a game-high 17 rebounds. Making several clutch plays late, Penha's length and athleticism on the boards proved a huge difference for a Warriors that went into a hostile environment at Grove City Christian to force a tie in the MSL.

For Grove City Christian, Bailey led the way with 16 points. The 5-foot-10 guard added 10 rebounds and five assists, but would not score at any point in overtime. Shoemaker added 11 points and 12 rebounds, highlighted by a big free throw to force overtime late in the fourth quarter. 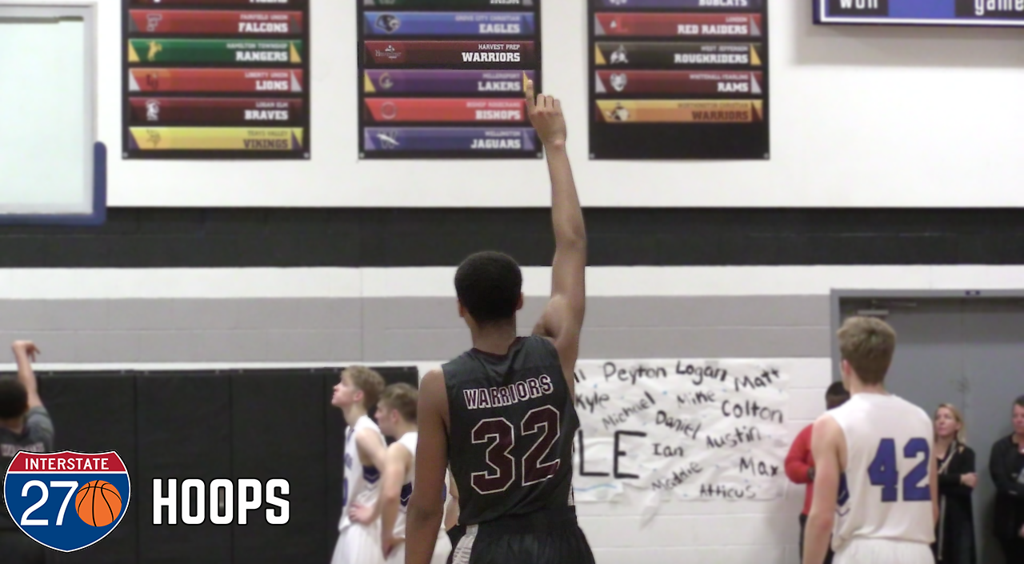 RT @DomContini270: Clutch Gene. 👀🍿 Stephon Saint-Cyr hits the shot that everybody dreams of, giving the Wildcats the victory. https://t.co…