COLUMBUS, Ohio -- There's a new member of the 1000 point club at Gahanna Lincoln.

Leading all scorers with 19 points in an 80-51 win over Linden-McKinley on Wednesday night, Gahanna junior point guard Sean Jones became the sixth player in program history to eclipse 1000 career points.

He and the Lions took control from the opening tip as a few quick buckets capped off by a score inside from Maceo Williams immediately gave Gahanna an 8-0 lead and forced a Linden-McKinley timeout with 5:24 left in the first.

Despite the Panthers quickly trimming this down to 12-10 over the next few minutes, Gahanna went on a 9-0 run late in the frame and headed into the second ahead 21-12, a lead they never gave up for the rest of the game.

After heading into the locker room with a 40-25 lead at the break following a triple from Brendan Raymond, Gahanna never slowed down in the second half as they continued to build their lead in an impressive win.

Outside of 19 from Jones, Williams, Raymond and Javan Simmons each contributed 14 points a piece for the Lions.

They move to 15-2 following the win and will travel to Grove City for an OCC-Ohio showdown on Friday night.

For Linden-McKinley, Shamarion Rogers led the way with 15 while Chance Groce and Lason Walker each scored 14 a piece.

They move to 5-3 following the loss and play host to Eastmoor on Friday night. 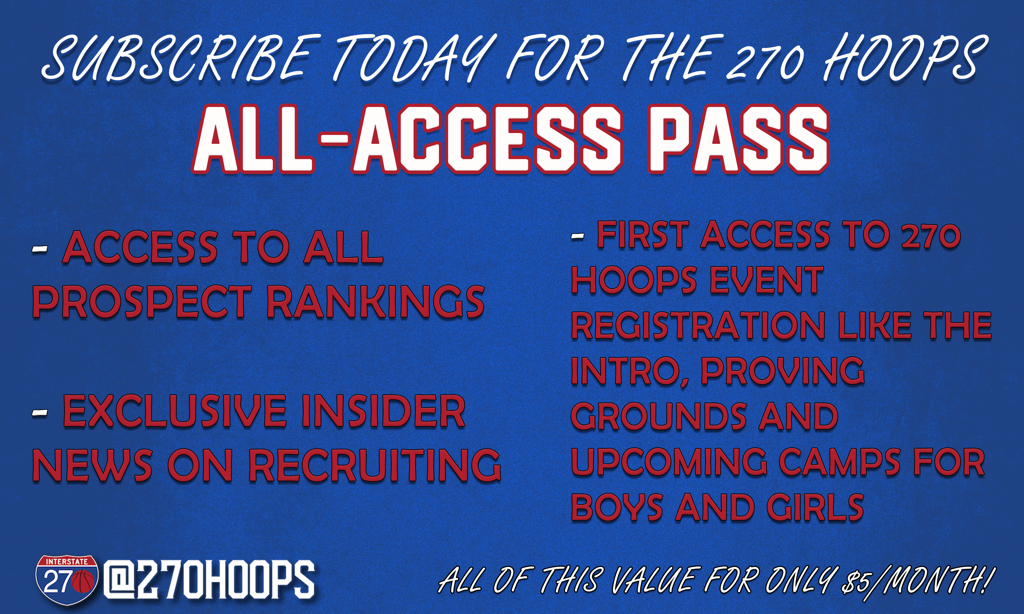 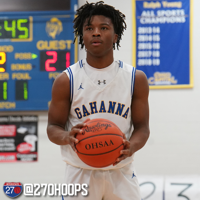 Sean Jones (5'11 PG / Gahanna / 2022): While Jones had some games in the front half of the season where he just didn't seem to be his same explosive self as he was also battling some injuries, the Gahanna junior seems to be back in a groove now. Going for an efficient 19 points and joining the 1000 point club on Wednesday night, Jones did what he does best on offense throughout the contest. Hitting shots from the perimeter and the mid-range off the dribble and off the catch, weaving inside for some tough finishes with both hands and dropping some impressive dimes to get his teammates going, the junior got wherever he wanted to offensively in the contest. One of the best parts of Jones' game is the fact that he is just as talented on the defensive perimeter as well as he is not afraid to apply pressure, wreak havoc and create easy points in transition with his combination of lateral quickness, instincts and good hands. When Jones is his normal self Gahanna is as tough to beat in the area as anyone, so keep an eye on the Lions heading into the tournament as they received the number one seed in the draw last Sunday. 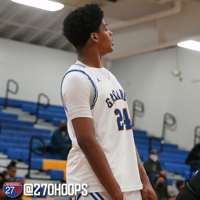 Javan Simmons (6'7 PF / Gahanna / 2022): Another night, another dominant dominant performance on the interior from Simmons. Dominating the interior all night on Wednesday alongside Williams, Simmons was great on both ends of the floor. The junior is one of the most aggressive players in the area and pairs it with great strength and a soft touch near the rim to create a ton of buckets inside. Simmons showed off his athleticism in the contest by throwing down a pair of big dunks, one of which was a lob, and although he missed his only three point attempt on the night, he looked smooth with his stroke and seems to continue to be improving there. Currently holding just two MAC offers, Simmons is one of the most intriguing prospects in the area as he just keeps adding skill and seems to improve every time that we watch him. 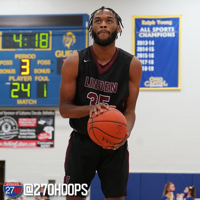 Chance Groce (6'6 WG / Linden-McKinley / 2021): Putting together a really impressive showing in the loss on Wednesday, Groce put his smooth skillset on display all night. Looking really confident and comfortable operating off the bounce, the senior hit a pair of tough shots from the mid-range and also buried a pair of three's off the catch. At 6-foot-6 with length, Groce is an extremely skilled player on the offensive end of the floor as he can score from all three levels with efficiency and can get his own shot when the offense breaks down. Groce is also continuing to improve defensively as he has a lot of upside on that end of the floor given his length and athleticism. After returning to Linden-McKinley for his senior season after a short stint at Dohn Prep, Groce has been playing very well this season and will look to help the Panthers make a deep run in the postseason in Division II. 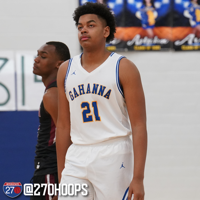 Maceo Williams (6'6 PF / Gahanna / 2021): I'm not sure I have seen a big man over the last two years with as good of a touch near the rim as Williams has. Putting that soft touch on display on Wednesday night, the Ashland commit went for 14 points against Linden-McKinley and owned the interior with Simmons. Scoring with both hands over defenders on tough post scores, Williams was nearly unstoppable inside as he possesses an excellent combination of good hands and elite touch near the cup. Williams is also a disciplined defender on the interior, runs the floor well and cleans up the glass on both ends. After losing Jarius Jones for the season to injury, both Williams and Simmons will both have to step up even more in the scoring column and both certainly are looking like they will do so. 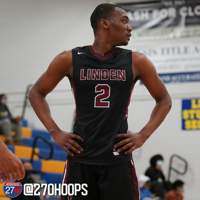 Shamarion Rogers (6'4 WF / Linden-McKinley / 2021): Being his normal self on Wednesday night, Rogers was all over the floor and played with a high motor in the tough loss. You can always count on Shamarion to clean up the glass, play hard on the defensive end and create second chances for your team offensively. Where we were even more impressed with the senior on Wednesday night was on the offensive end as he showed off the ability to score from all three levels by hitting a three off the catch, hitting a quick mid range after moving well against the Gahanna zone and also scored on the interior on multiple occasions as always. Whatever college program decides to take Rogers will not be disappointed and we can promise you that. You won't find many kids who work harder, play harder and make the most of their opportunities than Shamarion. 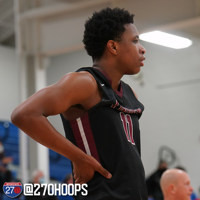 Lason Walker (6'5 WG / Linden-McKinley / 2022): Going for 14 of his own points on Wednesday night, Walker showed off his versatile offensive skillset for Linden-McKinley. The junior hit a tough triple off of a hesitation move, hit two shots from the mid-range off the dribble and also got inside for a tough score. A big guard with skill, Walker can really fill it up when he gets going as he is a volume scorer who can make it happen from anywhere on the floor. After battling an injury towards the end of last season, Walker has been making the most of this shortened campaign as he has put together a few solid outing for the Panthers. 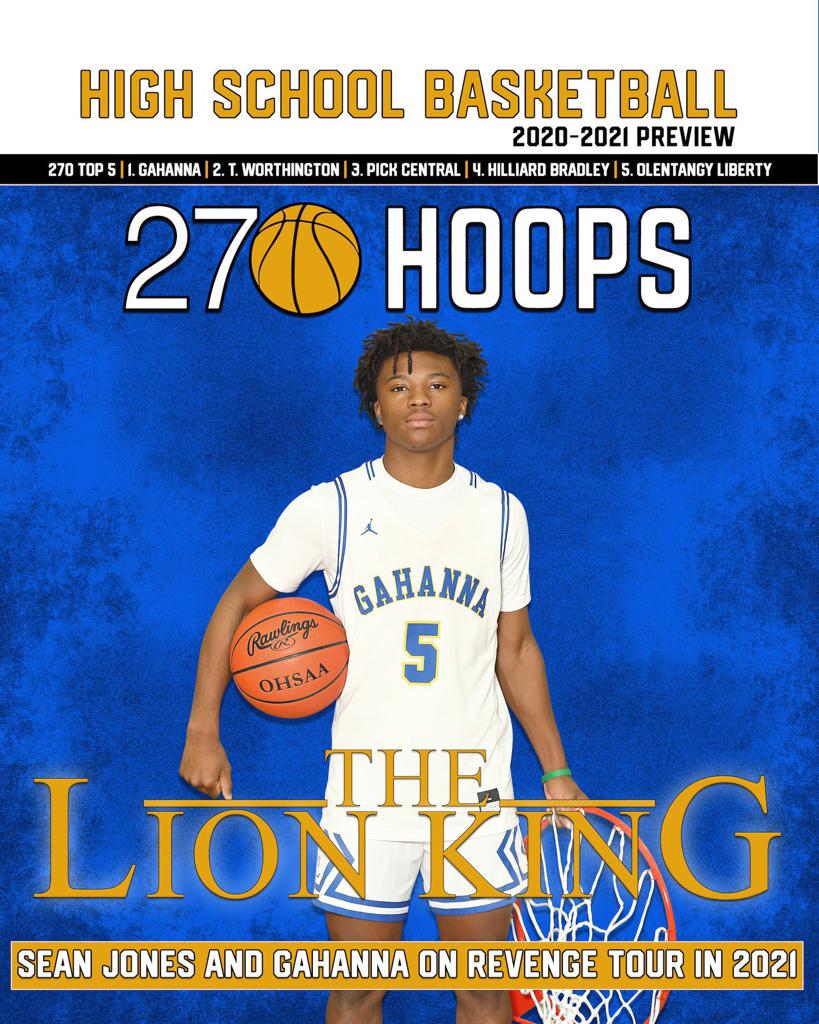