CENTRAL CROSSING, Ohio -- Taking in some matinee basketball action on Saturday, Central Crossing hosted Mifflin in a showdown between two non-league programs with less separation than you might think.

Mifflin head coach Tony Mangette made his first return to the Comets gym since 2015, his last season running the Central Crossing program. Mangette was the inaugural junior varsity coach for the Comets, serving in the program in one way or another for 13 seasons before leaving to take the job at Mifflin prior to the 2015-16 season.

In his first trip back to the southwest side of town, Mangette's Punchers got the best of his old program, as seniors Jakai Watts, Kennden Tyson and DeVon Bryant combined for 38 points in a 49-42 road win.

While Saturday's game was knotted at 21 as both teams returned to the locker room at the break, Mifflin turned up the defensive pressure in the third quarter, stifling Central Crossing's offense and holding the Comets to six points.

While the Comets fought back in the fourth quarter, Mifflin connected on clutch free-throws late to come away with its third-straight win. The Punchers are off to a strong start, as its only loss came in overtime on the road at Dublin Jerome in a game where Mifflin showed great resiliency to come back from an early deficit.

Watts was terrific on Saturday, leading all scorers with 17 points, while Tyson added 11 and Bryant pitched in 10.

For Central Crossing, senior guard Logan Green led all scorers with 13 points, while fellow senior Devon Miller added 10. The Comets struggled at times offensively, as it appears this team is still trying to find chemistry and trust in one another.

The Comets are off to an 0-3 start, losing every game by single digits. Central Crossing won't return home until Dec. 20, as its next three games come on the road at Canal Winchester, Marysville and Dublin Scioto.

For Mifflin, the Punchers have an important week in City League play. With some early confidence under its belt, the Punchers can make a statement this week, as it hosts Linden on Tuesday before traveling to Northland on Friday. 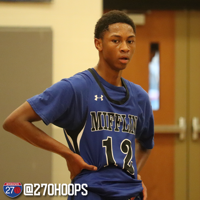 Jakai Watts (6'1 WG / Mifflin / 2020): Scoring a game-high 17 points, Watts powered the bulk of the Mifflin offense with his tenacity on the drive. The 6-foot-1 senior constantly looked to make plays for himself and others, showing nice touch on two driving floaters in the first half. Watts knocked down a catch and shoot three, completed an alley-oop lay in and was dependable at the line late in the game. We liked the toughness that Watts showed on both ends, helping set the tone for the Punchers. Watts played within the offense, did not force anything and had one of the more efficient games that we've seen so far this season. We think Watts has a chance to be one of the better breakout seniors in the City League North. 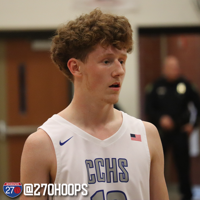 Logan Green (6'0 WG / Central Crossing / 2020): With former all-OCC guard Ant Lowe not returning to the Comets this season, Green has been thrust into a primary scoring role that he seems to be prepared for, as the senior had a strong showing in the loss. The 6-foot guard is a smooth ball handler who made plays all game off the dribble, knocking down two tough mid-range jumpers where he showed off a smooth and compact release. Green created separation against tight ball pressure and dropped off some impressive passes while on the move, in addition to the two catch and shoot threes he hit in the first half. Small college should consider taking a look at Green, as he's a smooth scoring guard with solid athleticism, as he was the only Central Crossing player not affected by the quickness and speed of Mifflin. 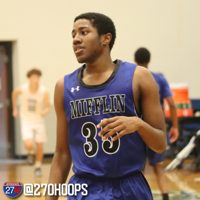 Kennden Tyson (6'3 WF / Mifflin / 2020): After going for 28 points and 20 rebounds (according to Recruit Look's Todd Koonce), we had to get a set of eyes on Tyson on Saturday. The hard-working 6-foot-3 forward did not disappoint, as he powered the Punchers with 11 points and was a work horse around the basket. Tyson showed the ability to take defenders off the bounce, converting on two tough off-glass scores in the first half. The senior forward ran the floor hard, finishing through contact in transition and using his lengthy wingspan to create for himself. We love the motor that Tyson brought to the game, as he was everywhere to be found on both ends of the floor and reminded us a bit of former Mifflin standout J'Saun Davis. 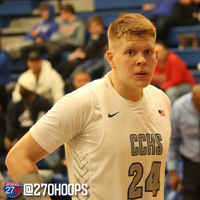 Devon Miller (6'5 PF / Central Crossing / 2020): A player that jumped out onto our radar in our viewing of the Comets last season, it was nice to get another look at Miller. The thick 6-foot-5 forward has improved since last season, as he showed the ability to take slower footed bigs off the dribble from the short corner, using a reliable jab step to create space. Miller is a strong inside finisher that powered through contact a few times on Saturday. While Central Crossing struggled to create open looks for its senior big, Miller made the most of his opportunities, even cashing a catch and shoot three from the corner. Miller has good size, has improved since last season and could contribute at a small college with the physicality and toughness that he has.