COLUMBUS, Ohio -- As school closings pushed nearly all of Tuesday's Columbus City League games to Wednesday night, we got the chance to watch a matchup we weren't planning on seeing. With two teams desperately searching for momentum, Eastmoor traveled to Briggs for a South division showdown on Wednesday.

While the host Bruins fought hard early on, Eastmoor's defensive pressure was far too much for Briggs to handle, as the Warriors rolled to a 76-56 win. Eastmoor forced an eye-popping 21 steals, as the Warriors disrupted anything Briggs tried to do on offense, pressuring the Bruins' guards and forcing them into a litany, and I mean litany, of mistakes.

Eastmoor received some life from junior guard Kieran Fleming, who up to Wednesday had generally come off the bench, but received the start against the Bruins. Fleming got going early as a jump shooter, knocking down a pair of threes in the first quarter to pace Eastmoor with eight points in a 19-12 period.

Fleming was just getting started, as another three in the second quarter was part of his seven points in the period which helped Eastmoor establish a 38-28 advantage at the break.

From that point forward Eastmoor thoroughly dominated the second half, as Briggs got no closer than 14 points the rest of the way. Punishing the Bruins in transition, Eastmoor did a great job of jumping the passing lanes and causing havoc with traps and tight ball pressure.

Six players scored at least eight points for the Warriors, led by a career-high 19 from Fleming. Senior forward Isaiah Kelley continued a strong season with 14 points and eight rebounds, while fellow senior Gicobi Massey pitched in 11 points off the bench.

For Briggs, sophomore forward Javion Williams was outstanding again, finishing with 19 points and eight rebounds. If the Bruins can ever figure out how to get Williams the ball on a consistent basis without turning it over, the sophomore could be a guy who can get you 25 points and 10 rebounds per night. Until then, Briggs will continue to struggle with teams like Eastmoor who know how to stifle opposing ball handlers.

Senior guard Quienton Johnston had a solid outing, finishing with nine points, eight rebounds and eight assists. No other Bruins player scored more than eight points on the night, as Briggs struggled to knock down perimeter shots as well as create open looks.

The offensive struggles were just the tip of the iceberg, as Briggs' defensive scheme opened up plenty of good looks for Eastmoor on the weak side of the floor. The Warriors used this to their advantage and got plenty of high percentage chances at the rim.

Winners of three-straight, Eastmoor will look to stay hot on Friday at home against South.

On the other end of the spectrum, Briggs will look to snap its two-game losing streak on Friday at home against Walnut Ridge. 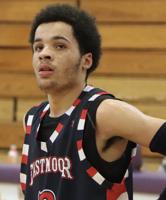 Kieran Fleming (5'10 WG / Eastmoor / 2020): A first year varsity player, Fleming continues to improve as Wednesday's showing was his best yet. Showing an ability to knock down catch and shoot jumpers, Fleming was the most reliable floor spacer in the game. Hitting two wing threes off the ball and another on an impressive step back, Fleming showed off the tools he has a confident jump shooter that pairs nicely with the creators Eastmoor has in the backcourt. Fleming led all scorers with 19 points on three triples, one mid-range jumper and a few tough scores at the rim. Keep an eye on the junior as he could be a breakout player in the City League next winter. 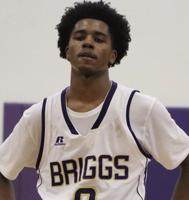 Javion Williams (6'4 WF / Briggs / 2021): A player that we've written about as much as any sophomore in the City League, Williams had another great showing despite overall team struggles. The 6-foot-4 forward is a workhorse around the basket, as he can really finish through contact and has a great second jump, which helps him compete on the offensive glass. With a wing type build, Williams will have to expand his offensive game as he won't be able to play the four at the next level, however, we are encouraged with the shot mechanics he has at the free throw line, as he is a consistently good shooter from the charity stripe. Williams' motor and toughness earns him plenty of chances at the line, as he competes as well as any City League sophomore in the paint and on the glass. The sophomore is the best prospect Briggs has had in quite some time, as Williams has size and upside, while already being productive. 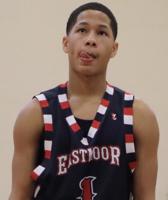 Julian Binford (5'7 PG / Eastmoor / 2020): If Binford was about 20 years younger, he would've been a hit on the And-1 Mixtape Tour, as the Eastmoor junior has an elite handle and is downright entertaining to watch. A shifty guard who can slice through defenses and get to the rim, Binford makes up for what he lacks in height with heart. The junior also defends at a high level on the perimeter due to how well he moves laterally, combined with cat-like quickness and fast hands. Binford finished with nine points, five assists and four steals, dominating the point guard matchup and playing an all-around solid game.

Recruiting Update: Commitment season in full swing for local seniors We take a look at all the latest recruiting n… https://t.co/KFNloMEA7g

Taevion Kinsey is the MOST ELECTRIFYING player in C-USA 🔥 Sophomore season highlights from the high-flying Marshal… https://t.co/97TpGm3HSm