COLUMBUS, Ohio -- It’s the quintessential story. A young kid gets picked last in his league, and he uses that as motivation to improve his game.

But if you look at Von Cameron Davis, you would never believe that he’d be the kid that everyone would pass up on.

Yet here we are.

Davis, 6-foot-5 rising junior forward from Walnut Ridge, has used being picked last as motivation to become one of the top basketball players in the state of Ohio.

Nearing 1,000 points in just two seasons, the highly productive lefty has been a dominant force in Columbus and is only beginning to discover the pure talent he has.

In his freshman season, Davis averaged around 16 points and six rebounds per game. He made an even bigger jump his sophomore year, posting several dominant performances, as he averaged 22 points and seven rebounds a night.

“I’ve got really good footwork, a high basketball IQ and I can shoot the ball really well,” he said, when explaining his strengths on the court. “I’m pretty athletic and strong for my size, but my jumper is definitely my strong suit.”

It wasn’t always this easy for Davis. He grew up wanting to play football but that didn’t work out as planned. He made the move to basketball, but the skills weren’t there at first.

“I’m not going to lie to you, I wasn’t very good at basketball when I first started playing,” he said. “A lot of people said I had potential because I was tall and athletic, so I kept playing and started to work hard at the game.”

Davis began showing his potential in the 8th grade. He started practicing with the high school team trying to do high school things in order to improve his game. He worked out with his trainer all summer long to ensure that he could be the best basketball player he could be.

The hard work has definitely paid off.

While colleges can’t start reaching out to players at the moment, Dayton, Youngstown State, VCU, Vanderbilt, Marshall, West Virginia and Ohio State have all expressed interest in the soon-to-be junior.

Davis is looking for the absolute "best fit" at the next level.

“I want to go to a place where I’ll play a lot, a place where I can have fun on campus while getting a good education, mostly somewhere that I can make feel like a home," Davis said.

Before he gets to college, Davis knows he still has to work on parts of his game. In an era of positionless basketball, he’s trying to show that he can handle the ball a lot more. He still wants to prove that he can be a banger in the post, but in order to develop into a true wing, perimeter ball skills will need to be a must for Davis.

He’s definitely shown improvements this summer in AAU ball. His team, C2K Elite, finished top 12 in the Under Armour Association which will allow Davis and his team to play in Las Vegas in July for a chance at a national title.

When AAU ball and the summer comes to an end, Davis will be back to show off his game once again at Walnut Ridge, where in the next two years he has a lot of goals he wants to accomplish with new head coach Chuck Jefferson.

“Before I leave Walnut Ridge I want to at least win us a district and City championship because we still don’t have one yet,” he said. “I want to work hard to be the best player I can be and hopefully at least be ranked Top 100. Also, I want to average my GPA out to be at least a 3.5 and I want a good ACT score."

Like every other kid, Davis is looking for the perfect high school life before becoming one of the first people in his family to head off to college. He’s interested in sports medicine and wants to become a physical therapist.

He also enjoys playing video games, loves swimming and diving which is actually his second sport, and he really enjoys spending time with his family.

Yet when all is said and done, Davis knows that all of the hard work he has put in on the basketball court is going to be what pays off in the form of a scholarship in the very near future.

That’s not bad for a kid who was once the last pick when he first began playing the sport. 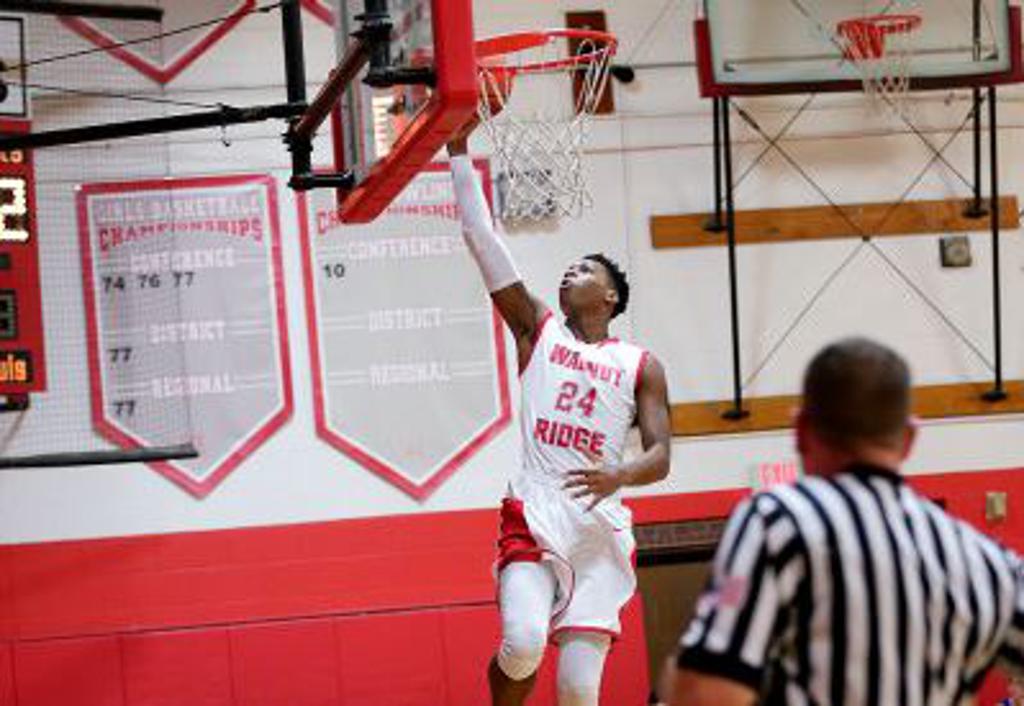