From Unknown to Commodity: Cameron Brooks-Harris emerging as big-time prospect 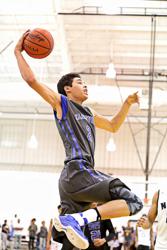 COLUMBUS, Ohio -- In the course of a year, Zanesville junior Cameron Brooks-Harris has blown up more than possibly any prospect in Central Ohio. Going from an under the radar wing with supreme athleticism to an emerging Division I recruit in the span of 365 days, Brooks-Harris is just scratching the surface of a promising career.

"The transition was crazy," Brooks-Harris said of the move to Zanesville. "All the facilities and coaches and everything [Zanesville] has to make me a better player is insane."

Just one year ago, Brooks-Harris had finished an up and down sophomore season at Lakewood High School, a member of the Licking County League that is known more for baseball than its successes on the hardwood. Transferring to Zanesville last summer, Brooks-Harris has since emerged on the scene in Ohio, as many in the basketball community, along with college coaches in the region, are becoming accustomed to the 6-foot-7 forward.

"At Lakewood, my game never really improved. They wanted me to be a post and I worked on post moves all the time," Brooks-Harris said. "At Zanesville, we work on everything, especially shooting and other guard work. Zanesville and the coaching staff have pushed me to the level I am at right now. And it's always something new to get better at, we are always working."

That increased workload has paid dividends for Brooks-Harris, whose recruitment is a ticking time bomb ready for explosion.

"Stony Brook is close to offering and West Liberty and Wright State are hitting me hard," Brooks-Harris told 270 Hoops.

While the move to Zanesville has certainly helped Brooks-Harris improve as a player and boost his recruitment, it always hasn't been this easy.

When it became known that Brooks-Harris would play his junior season for the Blue Devils, many in the region looked forward to a potential star-studded duo of Brooks-Harris and rising senior KeShawn Underwood.

However, legal problems would prevent Underwood from playing another game for Zanesville, which put Brooks-Harris under a bigger spotlight with more to prove.

"I had to get known and get closer with everyone quicker than ever," Brooks-Harris said. "My teammate Aronde Myers really helped me get acquainted with everything. He was a really good captain and leader throughout the year and that helped me progress my leadership skills to help lead Zanesville in the right direction."

After falling to New Albany in an overtime thriller in the sectional finals last season, Brooks-Harris is motivated more than ever to help lead Zanesville back to the district finals for the first time since 2014.

"I'm looking to push the team to a district championship at the least," Brooks-Harris said. "I'm surrounded by a bunch of shooters, and I believe that my ability to get to the rim will make defenders step into help-side and I can dish out for three. If they don't step in, then I am finishing at the bucket."

It's that intriguing size and slashing ability that has coaches salivating at the mouth over a prospect whose best basketball is still ahead of him.

"A lot of coaches see me as a small forward or shooting guard," Brooks-Harris said. "I can help a program with my length on the defensive side and my versatility on the offensive end. I can get in passing lanes and get a steal for a dunk, or I can drive the lane and kick out for three."

At a slim 6-foot-7, Brooks-Harris has the length, agility, ball skills and athleticism to become a terrific two-way player. Making incredible strides in the last few seasons, Brooks-Harris is improving at a rapid rate.

With plenty of muscle to add to a frame that Brooks-Harris is still filling out, whichever program that lands the Zanesville junior will be very fortunate.

"They are going to get someone who loves the game and is ready to play at the next level," Brooks-Harris said. "I see myself filling out and becoming the dominant player that I can be." 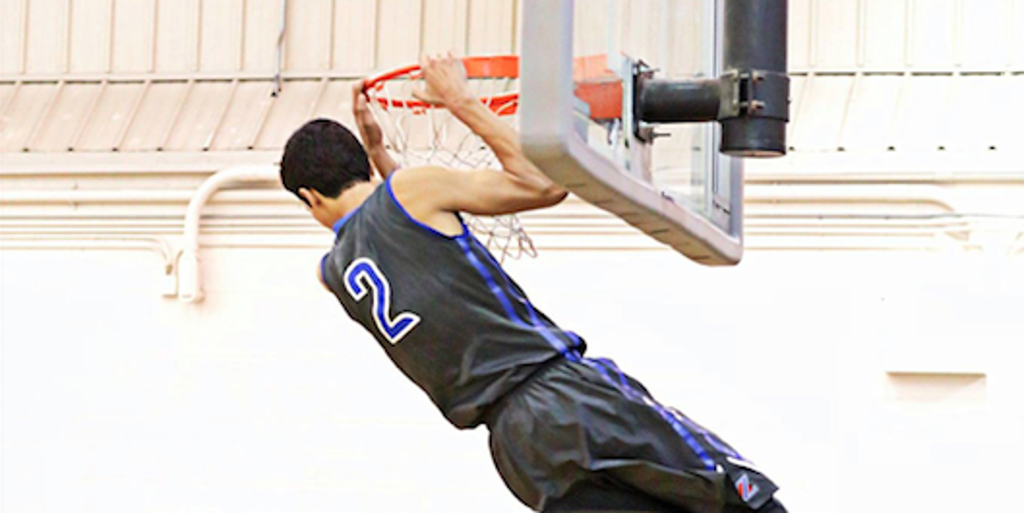