Wellington advanced to its first ever state final on Thursday vs. Lima Perry

COLUMBUS, Ohio -- After falling in its previous two state semifinal appearances in program history, Wellington made sure to not let history repeat itself on Thursday at Value City Arena. Surviving a slow start against Lima Perry, Wellington advanced to its first-ever Division IV state final in a 68-47 victory over the Commodores.

In a game that looked to be in Lima Perry's advantage early, Wellington weathered a storm of early mistakes and poor execution. Responding with a 19-5 second quarter after trailing 18-13 after a quarter of play, Wellington took control of Thursday's contest as its length and inside scoring ability broke the tide.

Leading 32-23 at the half, Wellington would not slow down in the third quarter, scoring 20 points in the period to take a  52-37 lead into the final frame. In the fourth quarter, Wellington would allow a bit of slippage, as Lima Perry used its pressure to force the Jaguars into a variety of mistakes.

As Lima Perry would get as close as 10 points midway through the fourth quarter, Wellington would hold firm. Junior guard Guy Schmidt would score eight-straight points in one stretch in the quarter, putting Wellington ahead 62-46 with 3:29 to go.

Closing out Lima Perry in the final three minutes, Wellington avenged a state semifinal loss to Cornerstone Christian last season in advancing to the title game.

Wellington was led by junior wing Solomon Pierre-Louis, who led all Jaguar scorers with 16 points. Fellow junior Noah Berry added 10 points while senior forward Dustin Harder dominated the interior, finishing with 21 rebounds to go along with nine points. Berry and Harder's length stifled Perry on the interior, as Wellington used its size to control the boards.

For Lima Perry, senior wing Orion Monford led all scorers with 19 points. Fellow senior Plummie Gardner added 14 points for the Commodores, who shot 27.9 percent from the field in the loss.

Opposing Wellington on Saturday in the Division IV state final will be Lutheran East out of Cleveland, who rolled past Delpos St. John's 50-25 earlier on Thursday.

Saturday's state final will tip off at 2 p.m. Lutheran East will be a tough matchup for Wellington, as the Falcons are a lengthy and athletic group with depth. 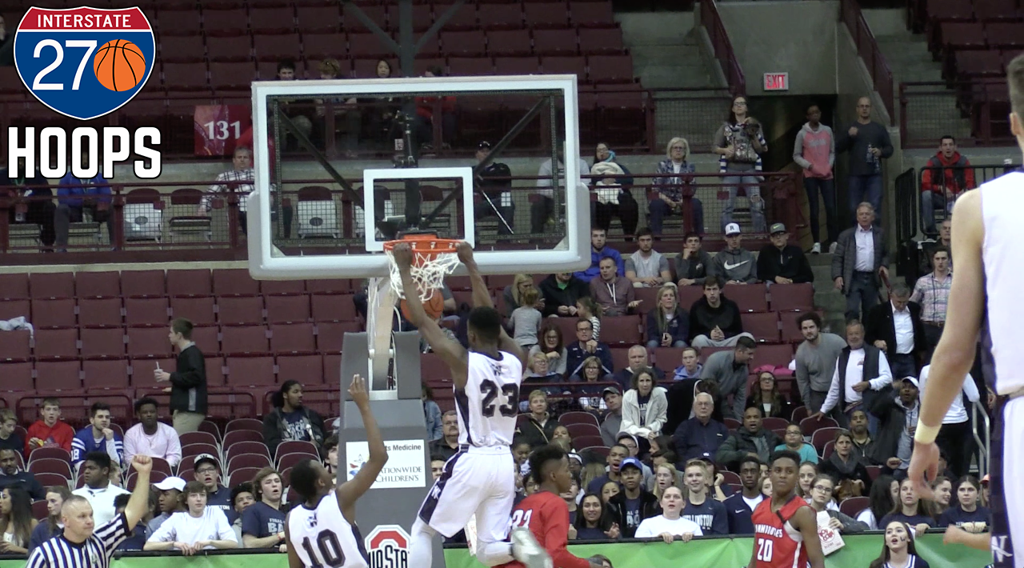