COLUMBUS, Ohio -- Coming in praised as a stout defensive unit, Wauseon showed why its a serious threat to win a Division II state title on Thursday vs. Eastmoor. Holding the Warriors to 10 first half points, Wauseon grinded out Eastmoor late to advance to the state final in a 42-35 victory at Value City Arena.

In an impressive defensive effort triggered by its imposing 6-foot-9 junior center Austin Rotroff, Wauseon would control the tempo of Thursday's game from the opening tip for nearly 32 minutes.

Slowing tempo and forcing Eastmoor to play in the halfcourt in the first half, Wauseon jumped out to a 13-10 advantage at halftime.

While Eastmoor would speed the game up in the third quarter, taking advantage of Rotroff going out with three fouls, the Warriors would take its first lead of the second half on a three-point play from junior forward Tariq Brown. Going up 25-23 late in the third quarter, Eastmoor looked to have taken control of the momentum in Thursday's game.

Wauseon would strike the final blow with less than a minute remaining. With Rotroff at the line for a one and one, the Indians led 35-33. Rotroff's first attempt would clank off the back of the rim, however, junior forward Brooks Gype was in the right place at the right time, scooping up an offensive rebound put back to extend the lead back to four points.

While only scoring six points, Rotroff was Thursday's most valuable player, blocking six shots and securing seven tough rebounds. Rotroff's length and shot blocking prowess limited Eastmoor from going to its bread and butter this tournament run, which has been second chance opportunities on the offensive glass.

With many possessions going one and done, Eastmoor shot 15-of-47 from the field with only 18 points coming in the paint. Junior wing guard Taevion Kinsey led the way with 15 points, while junior center Stanley Williams had a solid game, converting on several jump hook shots over Rotroff to finish with eight points.

For Wauseon, Gype led all scorers with 14 points, while senior guard Carter Bzovi added 13 points. Junior forward Owen Newlove was huge in the second half, adding eight points, all of which around the basket.

With the win, Wauseon advances to its second state final game in school history, as current head coach Chad Burt was a player the last time the Indians went to state in 1994. Wauseon will take on the winner of Trotwood-Madison and Akron St. Vincent-St. Mary on Saturday at 10:45 a.m. 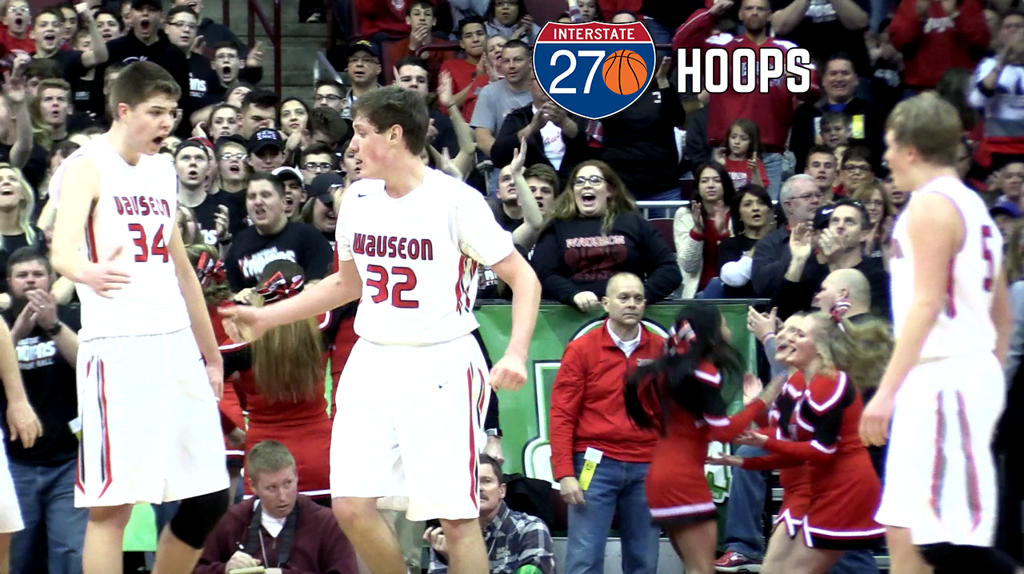