Pickerington Central, Eastmoor and Wellington will compete for a state title this week

COLUMBUS, Ohio -- The time has come. With four teams remaining in each division in the state, Ohio's best are set to converge on the campus of The Ohio State University to do battle for state championships.

Let's take a look at each team remaining from Central Ohio and document its path to a state championship.

Pickerington Central is back in the state final four for the first time since 2012 when the Tigers last won it all. After rolling through the competition in Columbus, Pickerington Central will get its toughest test of the season in No. 1 Cincinnati Moeller (27-0) on Friday at 5:15 p.m.

Before we cover the matchup vs. Moeller, let's take a look at the path Pickerington Central took to get to The Schott.

With a matchup of two of the more elite teams in the state taking place on Friday, you can expect an all-out war between Pickerington Central and Moeller. As Moeller is looking to complete an unprecedented undefeated season, the Tigers will have their hands full on Friday.

For as good as Moeller is, Pickerington Central is no slouch themselves. The Tigers have reeled off 13-straight wins, including six in the tournament. Since postseason action has tipped, Jeremiah Francis and Sterling Manley are each averaging 16 points per game, including 91 combined points in regional tournament wins for the pair.

The Tigers will need to get its transition game going, while attacking the offensive glass. Pickerington Central is at its best when it is running and gunning behind Francis, while punishing teams on the boards with Manley and Juan Elmore. Moeller will be the toughest team unit Pickerington Central has faced all season, so the Tigers must be ready for a physical game for 32 minutes.

Moeller is an experienced and disciplined team that is known year in and year out for their deliberate style. One of the things that always makes Moeller good is that they do such a great job of scouting their opponents and taking away their strengths. While some past Moeller teams have been nearly as successful, this team might be the their most talented this decade, as two seniors are signed to Division I school, and four underclassmen have significant Division I interest and/or offers.

In Division II, Eastmoor makes its second state final four trip in the last three years. As it won a Division III regional title in 2015, this is Eastmoor's first ever trip to the Division II state tournament. With Saturday's regional final win over Vinton County, Eastmoor coach James Miranda won his second regional title, which is the most of any active coach in the Columbus City League (Miranda has also taken Eastmoor teams to states in girls basketball and football, too. We imagine no other current coach has done that).

Opposing Eastmoor on Thursday morning is a tough Wauseon squad that has only lost one game all season long. Before we dive into Eastmoor's matchup with Wauseon, let's take a look at the road the Warriors have taken to arrive at The Schott.

Eastmoor dominated the Athens regional, taking down two of the top seeded teams in southeast Ohio by a combined 39 points. The Warriors are playing excellent and disciplined team ball, as Eastmoor has cut down on turnovers, while executing in the half court as well as in transition.

Wauseon is more of a traditional ballclub where everything runs through 6-foot-9 junior Austin Rotroff.  Rotroff is an old school post player who can score with either hand, moves well with and without the ball and is the focal point of the offense.  The junior has verbal offers from Toledo and Miami (OH) among others and is the kind of player who coaches dream of when they put together a prototypical team.

They have several pieces that can create and will help out defensively too. Wauseon has held all but one opponent to under 60 points in each game this season, so look for the Indians to grind out and stunt Eastmoor defensively.

Finally in Division IV, Wellington is looking to advance one game further than it did last season after advancing to the state tournament. Winners of back-to-back Athens regional tournaments, Wellington is battle tested and ready for a state championship.

Opposing the Jaguars is a Lima Perry team that is in the midst of tragedy and triumph. A week removed from the death of assistant coach Herb Lane, the Lima community has rallied around this Perry team as the Commodores are making a spirited run to states.

Before we get into Wellington's matchup with Perry, let's take a look at the Jaguars' run to The Schott.

Wellington is surging at the right time, winning 17 of its last 20 games with two of those losses coming to Division I regional semifinalists in Upper Arlington and St. Charles. The Jaguars have excelled since receiving additional depth and scoring from a duo of transfers, while another key starter has returned from injury. Arguably the most talented team remaining in Division IV other than maybe Lutheran East out of Cleveland, Wellington has a great shot to cut down the nets next Saturday.

They are the smallest team in Columbus with this biggest player at 6-foot-4 but they are also one of the fastest.  Their guards are all over the place as Jakoby Lane-Harvey steers the Commodore ship as the two time Northwest Central Conference player of the year.  His backcourt mate Orion Monford can be lethal from the outside and can slash inside.  Kobe Glover is a fearless big man who is not shy of contact and will bang with anyone.

Perry loves to trap and play a havoc style of defense, they utilize their quickness and trapping to lull their opponents into a bad decision, which usually allows for easy points.

Perry is playing on an emotional high right now following the sudden death of Herb Lane.  Lane was an assistant with the basketball team and the head football coach at Perry.  He was also a graduate of Perry and was a Commodore through and through. 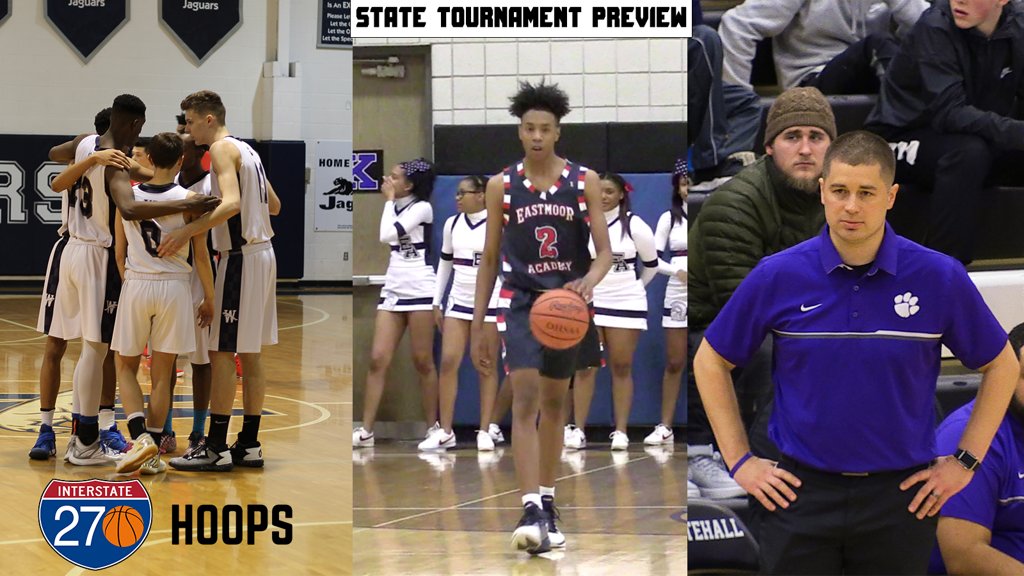