ATHENS, Ohio -- With a trip to the Division II state tournament on the line at Ohio University on Saturday, Eastmoor was never rattled in a dominating 69-48 win over Vinton County.

Never trailing at any point in Saturday's regional final, Eastmoor executed at a high level for 32 minutes, as junior wings Tim Smith and Tariq Brown led the charge for the Warriors. Combining for 30 points and 16 rebounds, the forward duo helped Eastmoor race out to a fast start, and then would close the deal in the second half.

Jumping out to a 13-7 lead after a quarter of play, Eastmoor would extend its lead in the second quarter, holding a 33-20 advantage at the break. In a half where star junior wing Taevion Kinsey was held to two points and two fouls, Smith made up the difference for Eastmoor, pouring in 12 points in the first two quarters.

In the second half, Eastmoor would not flinch, never allowing Vinton County to get closer than 12 points the rest of the way. Brown slammed the door on Vinton County in the waning moments, throwing down an open floor dunk to put Eastmoor ahead 61-43 with 3:30 to go.

Keeping Vinton County at bay in the final three minutes, Eastmoor wrapped up its first Division II regional title in program history as the Warriors advanced to the Division III state tournament in its only other regional title season in 2015.

Leading the way for Eastmoor was Smith, who finished with 16 points and eight rebounds. Attacking the offensive glass and defending at a high level, Smith was the glue guy for the Warriors, showing up in the right place at the right time whenever Eastmoor needed a bucket.

Brown added 14 points and eight rebounds, while Kinsey poured in 11 points, nine of which in the second half. Senior guard Zion Parham added 10 points for an Eastmoor team with four players in double-figures.

For Vinton County, talented junior wing Naylan Yates led all scorers with 20 points, as the 6-foot-4 forward was the only Viking player to provide consistent offense on all parts of the floor on Saturday.

With the win, Eastmoor advances to the Division II state tournament to take on Wauseon out of Northwest Ohio, who took down Elida earlier on Saturday. Eastmoor will tip off vs. Wauseon on Thursday at 10:45 a.m. at the Ohio State University. 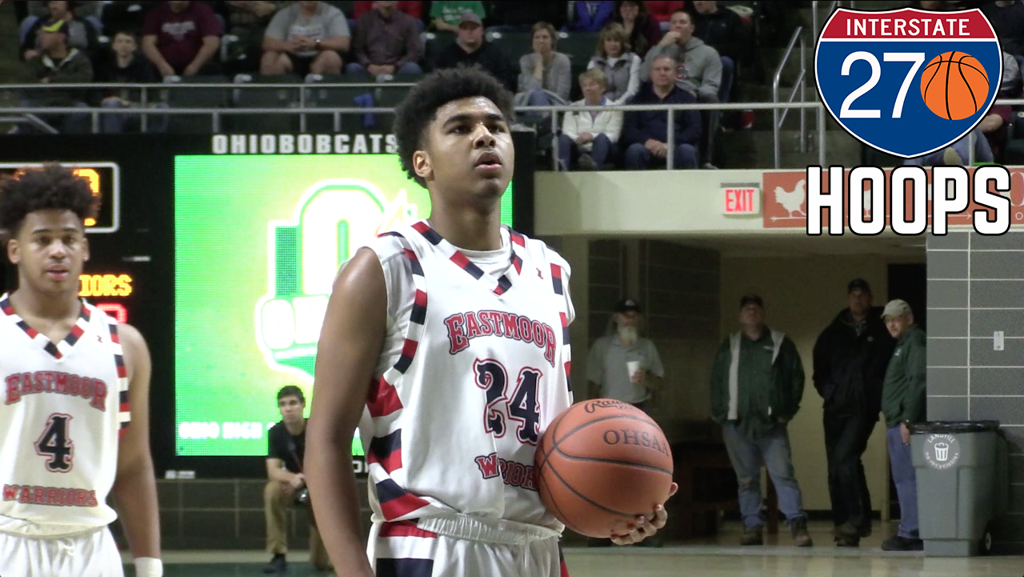 RT @ZachFleer270: All it takes is one retweet. You never know who may see this and be able to help Nick 🙏 https://t.co/pjsGpvnSUr

Keaton Norris is a COMPLETE point guard 📈 The Hilliard Bradley junior guard is next in line in a great lineage of… https://t.co/GehbPszL45