Bailey's big day all started toward the end of the first quarter. With Upper Arlington facing an 18-9 deficit against a fast starting Bradley team, Bailey would put momentum back on the Golden Bears' side with a buzzer-beating three to end the first quarter.

From there on, Upper Arlington executed a 10-0 run over the next four minutes, taking a 19-18 lead with 4:17 to go in the half. While Hilliard Bradley would battle back, Upper Arlington would again strike at the buzzer, as a three from senior guard Andy Hummer put the Golden Bears ahead 30-26 at the break.

As Bradley focused on shutting down junior guard Dane Goodwin, who was often double and triple teamed on Saturday, Upper Arlington's complimentary pieces would step up. While Bailey would be the man in the fourth quarter, junior guard Will Grabovac picked up the pace in the third.

Scoring nine points in the third quarter alone, Grabovac converted on a tough lay in inside, putting Upper Arlington ahead 42-36 with 2:17 to go. Going on a 5-1 run to end the quarter, Upper Arlington led 47-38 after yet another Bailey buzzer-beating shot, as the senior guard streaked to the rim to end the third.

In the fourth quarter, Hilliard Bradley would get as close as four points on multiple occasions, but inefficiency at the line prevented the Jaguars from forming a serious comeback. Bailey's nine points in the fourth quarter each came at opportune times, crushing any hopes of a Bradley rally.

Bailey would put the stamp on Saturday's game with an elite-driving finish at the rim, putting Upper Arlington ahead 55-45 with 1:57 to go. Holding tight in the final two minutes, Upper Arlington cruised to its third district title since 2014.

Leading the way for Upper Arlington was Grabovac, who finished with 16 points. Making big buckets all game long, Grabovac's impact on both ends of the floor were important for an Upper Arlington team that responded well despite a rather low scoring performance for Goodwin.

Bailey added 14 points, 11 of which coming in the last eight minutes and change, taking the game over when it seemed Hilliard Bradley had a chance to make a comeback. The Charleston baseball signee was also stellar on the defensive perimeter, doing a great job defending Bradley freshman guard Matt Allocco.

Sophomore wing Max Martz added 12 points and five rebounds, while defending stud Bradley junior Isaiah Speelman for the entirety of the game. Goodwin finished with 10 points, his second lowest point total of the season, but would add seven rebounds, three assists and one monster block in the third quarter. Hummer added nine points on all threes, with none bigger than the triple to end the first half.

For Bradley, Speelman led all scorers with 18 points. Excelling on the interior, Speelman was solid finishing around the rim for the Jaguars. Junior guard Braden Norris triggered the fast start for Bradley, knocking down four threes in the first six minutes of the game, but would finish with 13 points. Allocco added seven points, while freshman wing Chris Mayfield finished with six points, including a big second half dunk.

With the win, Upper Arlington advances to the regional tournament to take on the winner of No. 2 Newark and No. 9 Pickerington North on Thursday, March 16 at 7 p.m. at Ohio Dominican.

Upper Arlington ended the opening two quarters of the district final with these shots: pic.twitter.com/ovN2hOurEE 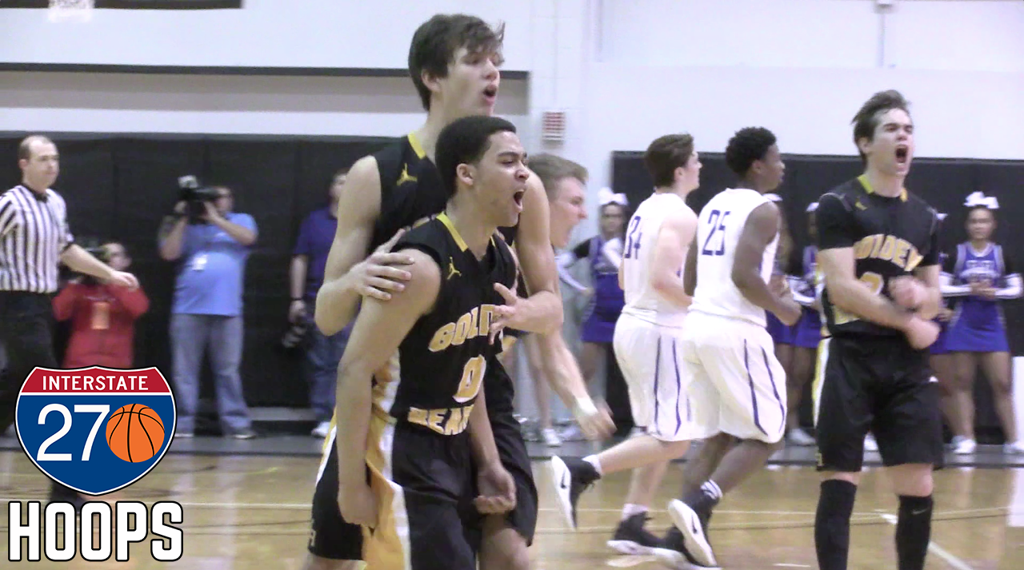