WORTHINGTON, Ohio -- There is nothing quite like district final weekend. With trophies and careers on the line, district finals are built for big-time basketball. Let's take a look at the top performers from Friday's action.

The lanky 6-foot-4 wing Kinsey continued a breakout junior season, dominating to lead Eastmoor to a district title over South. Kinsey's length, athleticism and overall impact were too much for the Bulldogs, as he finished with 22 points, 11 rebounds, four blocks and two steals. Becoming Eastmoor's consummate leader this season, Kinsey and the Warriors have blossomed since, as EA wrapped up its third district title in four years. An elite-level athlete who can hit just about any shot on the floor, while making athletic plays in transition, Kinsey has terrific upside, as he keeps adding layers to his game. You can expect Kinsey to pick up his first Division I offer here soon.

In limited minutes, Johnson was terrific off the bench for South, as the high-wire freshman wing scored 10 points. A terror in transition, Johnson flashed his sky-high potential on several occasions on Friday, giving South an athletic scorer off the bench that it just did not have for most of the game. Able to score at the rim against a long and athletic Eastmoor team full of upperclassmen, Johnson showed the elite level upside that he possesses. Look for Johnson to take over as South's alpha dog next season.

Gavin "Mr. Big Shot" Brown was outstanding on Friday, hitting all the big ones Bloom-Carroll needed to wrap up its 11th district title in program history. Scoring a game-high 20 points, Brown's perimeter presence gave Bloom-Carroll the spark it needed offensively to take down a tough Heath squad. Brown's biggest shot would come toward the end of the third quarter, as he buried an NBA range three to put Bloom-Carroll back up six points. Moving on to Shawnee State next fall, Brown has been one of the area's most improved players in the 2017 class over the years.

Another Shawnee State signee for Bloom-Carroll, Smith dominated Friday's district semifinal matchup in the post, giving the Bulldogs the interior presence it needed to take down Heath. Scoring inside, controlling the glass and swatting shots at will, Smith helped Bloom-Carroll establish a swift advantage in the paint. A stretch forward capable of knocking down outside jumpers, Smith did just that, nailing a corner three to put Bloom-Carroll up by 11 points midway through the fourth quarter. Transferring over to Bloom-Carroll with Brown after two years at Watkins Memorial, Smith has really improved his game since putting on the Bulldog jersey for the first time.

Bloom Carroll's Matt Smith (@Matthew_smith14) had one of the loudest block shots I've heard. Watch, and take a listen: pic.twitter.com/JAPiAfT4ge

An absolute warrior at the guard position, Latiolais, who also helped lead Heath to an undefeated regular season this past fall, was terrific in the district final loss to Bloom-Carroll. Finishing with a team-high 18 points, Latiolais excelled with the pull-up jumper, while showing enough strength and quickness to finish at the rim. Latiolais wraps up a great career at Heath where he helped lead the Bulldogs to new heights in two different sports. 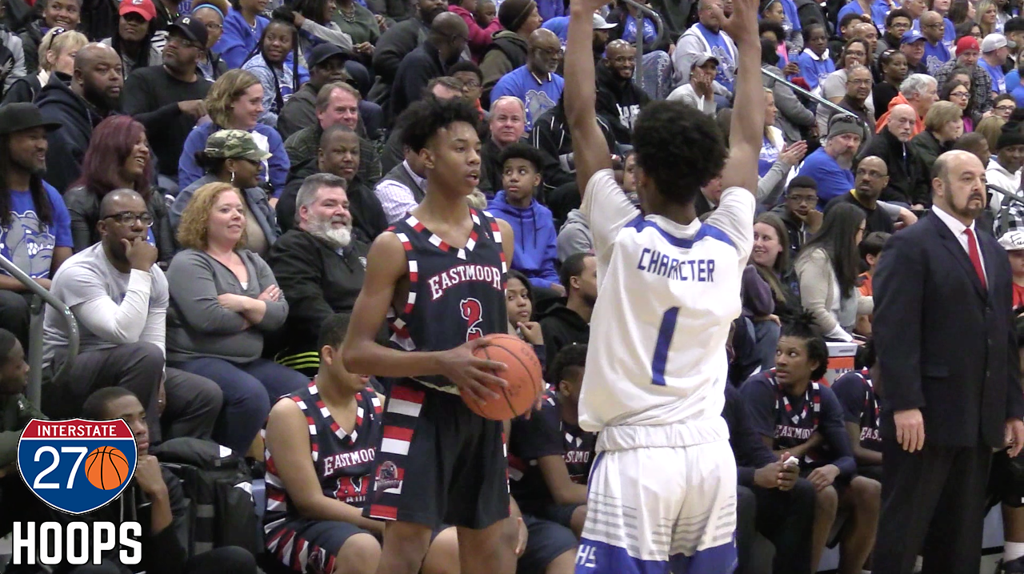 Our @justhoopscbus Play of the Week is this crazy buzzer-beater by Mifflin’s Mekhi Jarrett! @cashout_ki https://t.co/jM4SY4zAl4

Congrats to @Sean_jones5 who is the @justhoopscbus Player of the Week after racking up 37% of nearly 1900 votes thi… https://t.co/xl2f7YD7Qv

Does anyone have a score from Northridge and Utica?