WORTHINGTON, Ohio -- Taking over for legendary longtime coach Tom Petty, first year Bloom-Carroll coach Brett Mitchell had quite the task on his hands to begin the 2016-17 season. Replacing a coach who won 10 district titles in his career, Mitchell added another piece of hardware to the Bloom-Carroll trophy case, leading the Bulldogs over Heath 63-60.

In a game that Bloom-Carroll controlled for most of the night, the Bulldogs dominated the glass in a game where Heath just could not match BC's physicality. Riding its senior duo of Shawnee State signees in Gavin Brown and Matt Smith, Bloom-Carroll took a 29-24 lead into halftime and never looked back.

Leading by as much as nine in the third quarter, Bloom-Carroll would allow a momentary charge from Heath. With the Bulldogs cutting the deficit to 39-36 with 1:20 to go in the quarter, Brown would hit the biggest shot of the game. Pulling up from Steph Curry range, Brown buried a deep triple that put Bloom-Carroll back up six going into the fourth quarter.

Controlling the final frame, Bloom-Carroll would build an 11-point lead at 50-39 with 5:27 to go after a corner three from the 6-foot-8 Smith. Heath would get as close as six points on multiple occasions in the final five minutes, but could not overcome Bloom-Carroll, who advances to the Kettering region to take on state powerhouse Dayton Dunbar in the Division II regional semifinals.

Leading the way for Bloom-Carroll was Brown, who finished with a game-high 20 points. Knocking down clutch threes all night, none was bigger than the triple at the end of the third quarter for Brown. Smith added 14 points, eight rebounds and three blocks, dominating the post for the Bulldogs.

Moving on to the regional semifinals to take on a Dayton Dunbar team with elite size and athleticism, Bloom-Carroll will have its hands full next week. However, never count out a program that consistently churns out winning teams, as Bloom-Carroll wrapped up its 11th district title in program history on Friday. 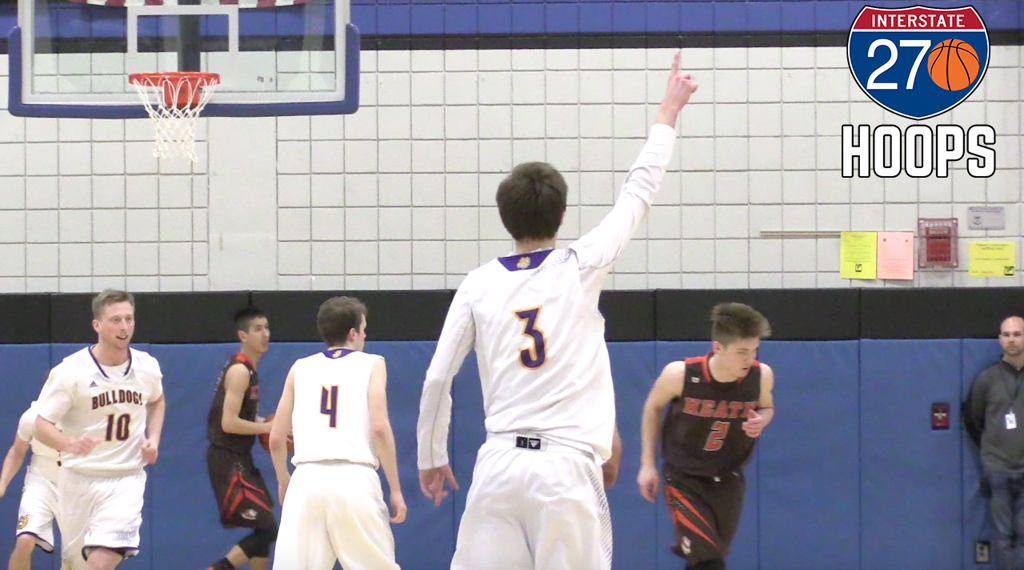