WORTHINGTON, Ohio -- It all started on Feb. 7 when Taevion Kinsey ruined South's senior night and undefeated season with a game-winning three as time expired. On Friday, Kinsey was up to his old tricks against the Bulldogs, spearheading a dominant performance for Eastmoor en route to a 61-49 Division II district title win over South.

The two teams tied above the top of the City League South, Eastmoor was out for revenge after being left out of the league championship due to an age old rule. Dominating from the opening tip, Eastmoor used a 9-0 run midway through the first quarter to blow past South.

The game would break open for Eastmoor in the third quarter, as the Warriors held South to five points in the first eight minutes after half. Rallying behind Kinsey, Eastmoor took a 40-26 lead into the fourth quarter that it would not relinquish.

Holding tight in the fourth quarter, Eastmoor wrapped up its third district title in the last four years and first Division II district since 2014.

Leading the way for Eastmoor was Kinsey, who finished with 22 points, 11 rebounds, four blocks and two steals. Dominating on both ends of the floor, Kinsey's presence was felt all over, as Eastmoor rallied around its junior leader.

Coming off the bench huge in the first half, junior forward Isaiah Hairston added 11 points. Hairston would score eight points in the first quarter, helping Eastmoor build a 17-10 advantage. Junior forward and hero of the district semifinals Tim Smith finished with 11 points and six rebounds. Junior forward Stanley Williams added seven points, topped off by a huge slam in the fourth quarter.

For South, sophomore guard Treohn Watkins led the way with 12 points. Freshman wing Marcus Johnson added 10 points, while senior wing Bruelle Thompson finished with 10 as well. No other player scored more than seven points for South, who would not hit its first three of the game until the fourth quarter.

South finishes the season at 24-2, with both losses coming at the hands of Eastmoor. The Bulldogs became the first City League South team since 2000 to win a league championship. With the majority of its contributors coming back next season, look for South to be in contention once again.

Eastmoor advances to the Athens regional tournament to take on the winner of Miami Trace and Fairfield Union at Ohio University on Thursday, March 16 at 8 p.m.

As Kinsey has taken control over this Eastmoor team, the Warriors have revitalized its season under the 6-foot-4 wing. Kinsey's play in the tournament has brought him from a big-time prospect to a big-time player in a span of four games. 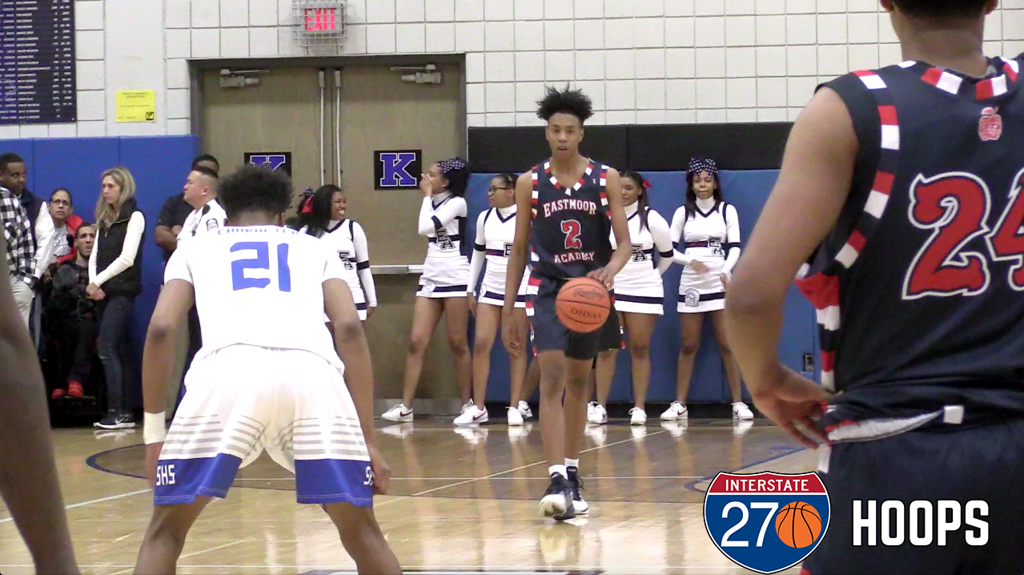