We dive into the Division III and IV district finals

COLUMBUS, Ohio -- The mantra "win or go home" never feels heavier than it does when district titles are on the line. With three district title games taking place in Division III and Division IV, we will preview each game, the top players and how each team can win.

Rivals in the Mid-State League meet for the third time this season on Friday at Ohio Dominican. As Worthington Christian swept the regular season series, the Warriors are looking to wrap up yet another Division III district title.

Standing in their way is a Columbus Academy team that has taken the route less traveled, winning four-straight tournament games after taking part in the sectional quarterfinals. Winning four games in less than two weeks, Columbus Academy is looking for win No. 5 on Friday.

Worthington Christian wins if: The Warriors continue to lock down defensively as they have all season. Holding Columbus Academy to under 50 points in both regular season meetings, Worthington Christian should like its chances on Friday if it is to do that once more. Big games from Jay Joseph and Jayden Turner should do the trick for the Warriors.

Columbus Academy wins if: Ryan Alexander shows up and shows out. In the two losses to Worthington Christian, Alexander combined for just 20 points. If the talented senior guard can have a big game on Friday, look for Columbus Academy to have a chance. Outside of Alexander, sophomore guard Dorrian Moultrie and senior Nick Stringer will also each need to step up. Failing to eclipse 50 points in each regular season matchup, Columbus Academy cannot afford to do that again if they intend to take home a district title on Friday.

For as good as the Division I district final matchups are, this might end up being the best game in Central Ohio on Saturday. Squaring off for a third time, these two rivals in the MSL-Cardinal square off for the biggest matchup of them all.

With both regular season games coming down to the wire, the team that led for most of the game in each matchup ended up losing those games. Will that continue on Saturday? We will find out.

Regardless, these teams have a high level of familiarity with one another, which should result in a high-quality basketball game in Division IV.

Harvest Prep wins if: The Warriors get CJ Penha involved early and often and use his long, athletic 6-foot-5 frame all over the floor. Penha was key in both matchups vs. Grove City Christian and should figure to have another big game. Harvest Prep must also take care of the ball and convert. Grove City Christian relishes on causing turnovers and scoring in transition. The Warriors cannot allow that to happen if they want to win a district title. The performance of Shaylin Waugh and CJ Anthony will be vital for Harvest Prep, who has relied on its big three in every primetime matchup this season. If Harvest Prep can find a way to slow down Central District Division IV Player of the Year Matt Bailey, the Warriors will like their chances on Saturday at Bloom-Carroll.

Grove City Christian wins if: Noah Tomlinson stays out of foul trouble and can play the full game. In both matchups vs. Harvest Prep, Tomlinson got into foul trouble in the second half, which allowed the Warriors to take advantage in the front court. That cannot happen on Saturday for Grove City Christian. The Eagles must also run early and run often. Matt Bailey must have a big game, while also taking care of the ball and getting his teammates involved. When Grove City Christian's complimentary pieces are knocking down shots and shooting with confidence, the Eagles are a tough team to beat.

A rematch of last season's Division IV regional final takes place at Bloom-Carroll on Saturday night. Two teams that will be squaring off for the third time in less than a year, No. 3 Wellington will be looking for revenge against No. 4 Africentric, who took down the Jaguars on their home floor to open the season.

The Wellington team that will be opposing the Nubians on Saturday is drastically different from the one that Africentric defeated in January. While Wellington has added depth and experience since then, Africentric lost just that, as leading scorer and senior guard Landon Martin's season was ended with a knee injury.

Look for Saturday's district final contest to be an all-out war, with Africentric coming out looking for revenge for last season's regional final loss. On the same token, Wellington will be out for blood, as the Jaguars are on a mission to return to the state final four.

Wellington wins if: The Jaguars get Noah Berry and Dustin Harder involved inside, while Solomon Pierre-Louis, Bob and John Faller step up on the perimeter. A team loaded with many pieces, Wellington has talent and size at nearly every position. A guy that could end up being the x-factor for Wellington is senior post Adam Porter, who dominated the glass in the first matchup vs. Africentric. If Wellington gets all of its pieces involved, the Jaguars should have no issues on Saturday.

Africentric wins if: Tre Baumgardner goes nuts and the rest of the Nubians follow suit. Baumgardner is more than capable of a breakout showcase game, and Saturday would be a big venue for that. Africentric will also need big-time minutes out of Jah Bennett and Dorian Holloway, as the Nubians are a bit shorthanded compared to Wellington. The Nubians will need to show that City League toughness against a team that ended its season a year ago. 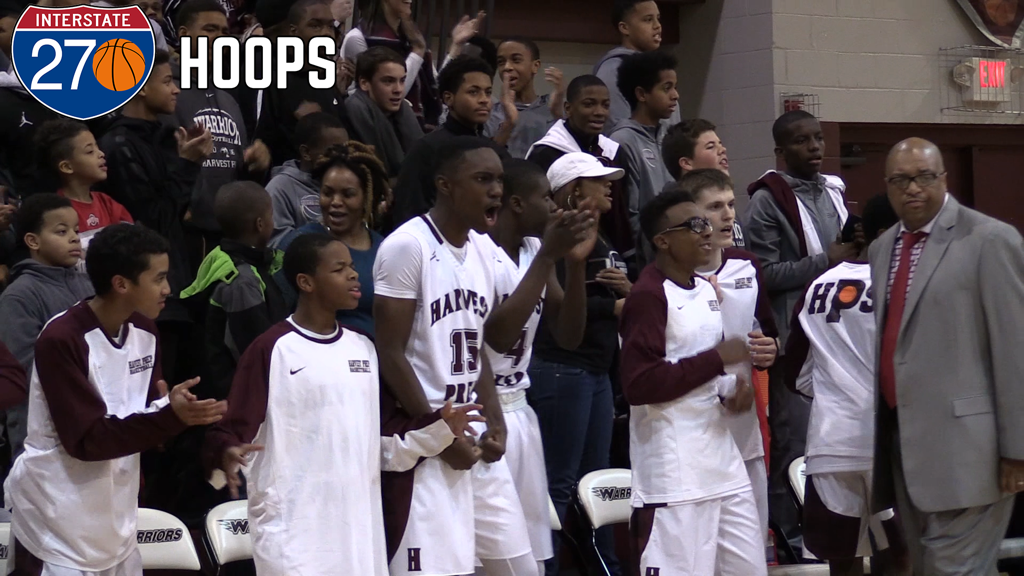