COLUMBUS, Ohio -- It feels like Christmas Eve in Columbus on Wednesday. With District Final Saturday only a few days away, eight teams in Central Ohio will look to punch their tickets to the big dance. Let's take a look at our preview and predictions for Wednesday's Division I district semifinals.

No. 1 Pickerington Central is looking to return to the district finals yet again, a stage the Tigers are accustomed to reaching every year these days. Standing in their way is No. 19 Mifflin, who has been a surprise team in the area, knocking off Dublin Scioto last week on the road. With not a ton of size, Mifflin will have its hands full with a Pickerington Central team busting at the seams with size and athleticism.

Pickerington Central wins if: The Tigers use its size and depth to punish Mifflin. Look for Jeremiah Francis to have a big game and the Tigers to follow his lead.

Mifflin wins if: The Punchers make up for its size disadvantage by pressuring Pickerington Central and forcing turnovers. Mifflin will have to find a way to keep the Tigers off the glass, while also executing at a high level and converting in the half court. Mifflin's task on Wednesday is extremely tough, but not impossible.

In a rematch of an earlier season matchup where No. 2 Newark just barely squeaked out a win on the road at No. 15 Olentangy Liberty, the Wildcats are looking for a similar outcome. Newark has faced zero issues so far in the tournament, while Olentangy Liberty struggled to execute in the sectional final against New Albany, a game the Patriots could have very well lost. Losing two key starters from the last time Liberty took on Newark, look for that loss of depth and experience to hurt the Patriots on Wednesday.

Newark wins if: The Wildcats lock down defensively and make it tough for Liberty to execute. Offense will come regardless with BJ Duling and JT Shumate, but Newark's defensive efforts will be key. The Wildcats should have a great chance to advance to yet another district final.

Olentangy Liberty wins if: The Patriots can knock down shots and force Newark into turnovers. A big game from Ben Roderick will give Liberty the best chance to pull the upset. Struggling to execute in the last round, Olentangy Liberty can not afford to turn the ball over like it did on Friday.

The craziness that is the Columbus 1 bracket begins on Wednesday. One of two top seven matchups will take place, as No. 3 Hilliard Bradley is looking to make its first-ever trip to the district finals. Standing in their way is a team in No. 7 Groveport that is having its best season in more than a decade. Two teams with opposing styles, we see this one being a tight game down to the final buzzer.

Hilliard Bradley wins if: Its cast of shooters are hot and engaged. A strong defensive and rebounding effort will be critical against a Groveport team with some size and athleticism. Bradley also must execute, which it usually does.

Groveport wins if: The Cruisers apply great defensive pressure to Bradley's guards, pushing them off the three-point line and making them score off the bounce. Groveport will need to Lony Francis involved on both ends to take full advantage of its size underneath. To keep up with this Bradley team, Groveport will also have to hit shots from the perimeter.

In what is becoming a new rivalry in Central Ohio, No. 4 Upper Arlington and No. 5 Northland meet in the tournament for the third time in four years. Meeting in the district semifinals for the second-straight year, Upper Arlington is looking to knockoff Northland once again. In a revenge game for the Vikings, Northland is determined to win this one for Seth Towns, who played his last game in an upset loss to the Golden Bears. For Upper Arlington, revenge is also a factor, as the Golden Bears fell on a buzzer beater to Northland earlier in the year in what would be UA's first loss. This one has all the makings of an intense tournament basketball game.

Upper Arlington wins if: Dane Goodwin comes out like he did against Dublin Coffman and just looks to destroy everything in his path. Having one of his worst games of the year against Northland in January, Goodwin will be looking to bounce back from that in a big way. And while Goodwin gives you great production if you're UA, you will need guys like Max Martz, Jordan Bailey, Andy Hummer and more to step up. Upper Arlington's defensive performance will also have a big role in Wednesday's game.

Northland wins if: The Vikings apply the type of pressure on Goodwin that it did in January. Making it tough to find easy offense in the win against UA earlier in the year, Northland will need to duplicate that on Wednesday. Junior wing Jejuan Weatherspoon, who was huge in that win, is back after an ankle injury that forced him to miss most of the City Championship game. The offensive production of Weatherspoon and seniors Quentin Jones and Brandon Waugh will also have a big impact. If Northland can get solid production from sophomore Will Mfum and senior wing Rico Robinson, look for the Vikings to have a chance to win this game.

A rematch of last season's district final, No. 6 Westerville South will have to go through No. 14 Hilliard Davidson once again. A Cinderella team last year, Davidson is more of a power this time around, as the Wildcats are having its best season in a long time. For Westerville South, the Wildcats are looking to prove that they are still among the elite of the elite in the area. We don't expect this matchup to be super high scoring, but we could be wrong.

Westerville South wins if: The Wildcats force Hilliard Davidson to get out and run. The performance of Kaleb Wesson inside will also be important, as Davidson has no viable option for the 6-foot-10 big man. Westerville South is the overwhelming favorite in this one.

Hilliard Davidson wins if: The Wildcats can slow down the tempo and convert in the half court. When Davidson started to turn the ball over last season against Westerville South, they were punished in transition, which cannot happen on Wednesday. Senior guards Nick Livingston and Travis Moore need to have huge games for Davidson to have a chance.

A rematch of the season opener in which No. 10 Reynoldsburg stifled No. 8 St. Charles, the Cardinals are looking to reverse roles on Wednesday. The three-time defending Central Catholic League champs are looking to break through and reach the district finals for the first time in awhile. For Reynoldsburg, it has been five years since the Raiders' last trip to a district final. Two teams with senior depth, size and athleticism, we see this game being a great one.

St. Charles wins if: The Cardinals can overcome Reynoldsburg's size and athleticism. Held to 43 points in the loss to the Raiders in December, St. Charles will look to improve on that. The play of Nick Muszynski and Tavon Brown will have a big impact, while the Cardinals will need some production from its cast of shooters. If St. Charles can't find a way to slow down Reynoldsburg, look for the Cardinals to have a long night.

Reynoldsburg wins if: The Raiders are hitting their shots and getting out in transition. Pressure and turnovers will allow Reynoldsburg to get out and run, which will work best in the Raiders' favor. On a team with a cast of contributors, someone will need to step up and give Reynoldsburg scoring when it needs it most.

Another matchup between teams that are familiar with one another, No. 9 Pickerington North and No. 13 Gahanna meet in the district semifinals for the second-straight year. The sixth matchup in the last two seasons, we look for this to be a tight one, as these teams know one another inside and out. Sweeping the regular season series, Pickerington North will look to complete the trifecta on Wednesday. Standing in the Panthers' way is a Gahanna team that is heating up at the right time.

Pickerington North wins if: The Panthers get Jerome Hunter and Eli McNamara involved early and often. Pickerington North will need to limit mistakes and play to their potential. Looking to take the next step as a program, Wednesday's game is a major stepping stone in that process.

Gahanna wins if: Jordan Mitchell and the Lions come out engaged and active from the opening tip. A strong shooting night from Josh Corbin and others will give the Lions a chance to win this game. It will all come down, however, to how well Gahanna defends Hunter, who has had his way with the Lions this season.

A rematch of a district semifinal in 2015 in which Grove City upset Dublin Coffman, the Greyhounds come in as the higher seeded team this time around. Two high teen seeds square off as No. 17 Grove City is looking to advance to its second district final in the last three years against No. 18 Dublin Coffman. Teams that played in a scrimmage prior to the season, these guys tied in that matchup, as it went down to the wire. We expect this game to be just like that. We wouldn't be surprised to see this being a high scoring game.

Grove City wins if: The Greyhounds tighten up the pressure defensively and make Dublin Coffman uncomfortable. Grove City will need to have another offensive explosion from the three-point line against a Dublin Coffman team that is as skilled as they come. These teams match up very well so there really isn't a glarying mismatch anywhere on the court.

Dublin Coffman wins if: The Rocks shoot the three ball as well as it did in the previous round win over Dublin Jerome. With guards, wings and enough bigs to compete, Coffman has the pieces needed to make a run. A game like this will come down to focus and toughness for Coffman's young players, as Grove City is a senior laden bunch that is not looking to hang up the sneakers any time soon. 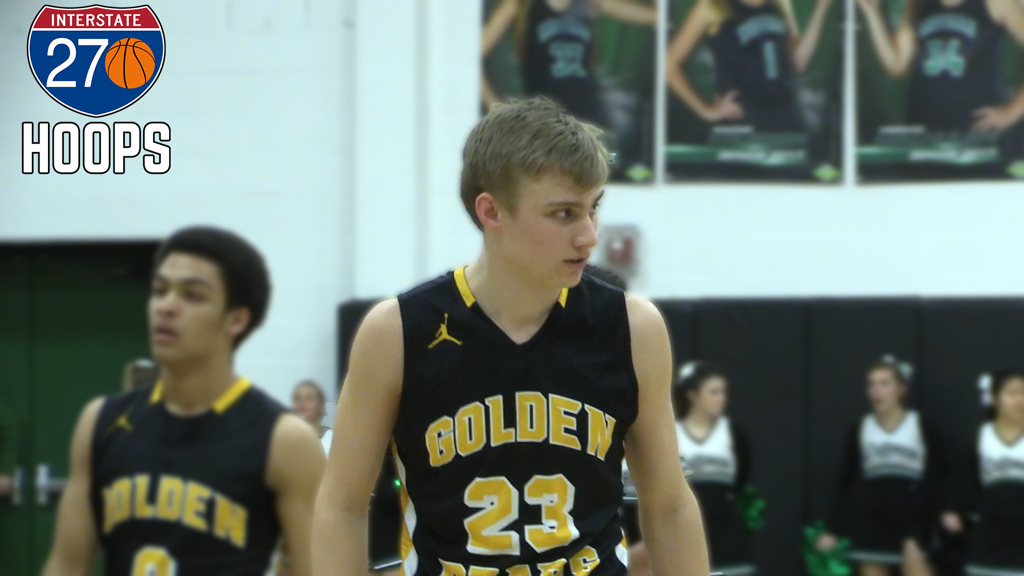