COLUMBUS, Ohio -- All four district final tickets were punched on Tuesday in Division II. With four intriguing matchups taking place in the area, let's take a look at the action in Central Ohio.

For most of the regular season, free throw shooting had been a detriment to No. 3 Eastmoor's success in its biggest games. On Tuesday, the Warriors were clutch when it mattered most, as junior wing guard Taevion Kinsey sinked two free throws with less than seven seconds to go to put No. 2 DeSales away, 54-51.

Advancing to its first district final since 2015, Eastmoor was clutch when it mattered most. While Kinsey's free throws gave the Warriors the cushion it needed to put the game away, the biggest plays for Eastmoor were made on the defensive end.

Trailing 24-16 with 2:30 to go in the first half, Eastmoor put together an inspired run that changed Tuesday's game. Sparked by Kinsey, the junior wing buried a three, blocked a shot, corralled the rebound and passed up court for an assist in one sequence, putting together a quick 5-0 run for the Warriors.

Going into the fourth quarter with a 39-38 lead, DeSales would look to close Tuesday's contest and advance to its second-straight district final. Eastmoor would have other plans, as junior guard Tripp Hopkins buried a three to put the Warriors back on top at 41-39.

Going back and forth for the next two minutes, sophomore wing Kai Derden scored six-straight for the Stallions, tying the game at 45 with 4:30 to go.

Despite more than half of the quarter going by, the teams would combine for just four points the rest of the way. Trailing 47-45 with 1:30 to go, Smith converted on the first of his three clutch plays on Tuesday, hitting a mid-range jumper to tie the game at 47. Smith's only points would come in the most crucial of moments for the Warriors.

Despite a few theatric moments in the final minute and a half, neither team would be able to score, sending Tuesday's district semifinal into overtime tied at 47.

Exchanging buckets in the first two minutes of overtime, DeSales would tie the game at 49 on an Anthony Sciarroni lay-in with 1:53 to go. On the next possession, Eastmoor senior Zion Parham buried a three, putting the Warriors ahead 52-49.

DeSales would respond with a strong inside score from senior forward Caden Sanchez, cutting the EA lead to 52-51 with 40 seconds to go.

Turning the ball over on the next possession, Eastmoor would be on the ropes with 32 seconds to go, leading by one. Enter Tim Smith. Taking a crucial charge, Smith's defensive play put Eastmoor at the line with 16 seconds to go.

While Parham would miss the front end of a one and one, Smith would bail out the Warriors once again, taking a big charge with 7.4 seconds to go.

Sending Kinsey to the line in the double bonus, DeSales would meet its fate, as the junior wing knocked down both. Failing to get a shot on its final possession, DeSales fell victim to one of the hottest teams in the state in Division II in Eastmoor.

Leading the way for Eastmoor was Kinsey, who finished with 16 points, five rebounds, five assists, three blocks and two steals. Hitting the key shots for Eastmoor, Kinsey was dynamite once again for the Warriors.

Junior wing Tariq Brown added 12 points, five rebounds and three assists. After struggling at the line for most of the season, Brown was clutch on Tuesday, knocking down all six attempts from the charity stripe.

Junior center Stanley Williams added 10 points and six rebounds, playing tough defense and staying out of foul trouble for most of the night. Williams scored eight of his 10 in the first half, showing nice touch from the post.

Parham added six points, while Hopkins pitched in five points. Smith added two points on the game-tying shot in the fourth, but would step up big in overtime, taking back-to-back charges to determine the game.

With the win, Eastmoor advances to the district finals to take on No. 1 South for the third time this season. Handing South its only loss of the season on the road, Eastmoor will look to keep the momentum rolling against the Bulldogs. Friday's Division II district final will take place at Worthington Kilbourne at 6 p.m.

No. 1 South punched its third-straight ticket to the Division II district finals in a 59-46 win over No. 12 Bishop Watterson. Senior wing Dez Robinson led South with 16 points. The Bulldogs advance to take on No. 3 Eastmoor Academy for a third time this season. Eastmoor is the only team to defeat South this season, as the Warriors delivered the Bulldogs a 50-48 loss on South's senior night. Friday's game will tip off at 6 p.m. at Worthington Kilbourne.

Going 22-of-28 at the free throw line, No. 6 Bloom-Carroll took down No. 5 Johnstown, 51-38. Outscoring Johnstown by 14 points following the end of the first quarter, Bloom-Carroll received balanced scoring as four players scored at least 10 points for the Bulldogs. With the win, No. 5 Bloom-Carroll advances to its first Division II district final since 2014 where the Bulldogs will take on No. 7 Heath.

No. 7 Heath stayed hot on Tuesday, ending No. 10 Linden-McKinley's Cinderella run, knocking down nine threes in a 56-35 win. Senior guard Denton Jacob led the way with 18 points as the Bulldogs advance to the district final to take on No. 6 Bloom-Carroll. For Heath, Tuesday's win as the Bulldogs' third-straight over a City League opponent in the district tournament, as Friday's district final will be a bit different of a matchup. 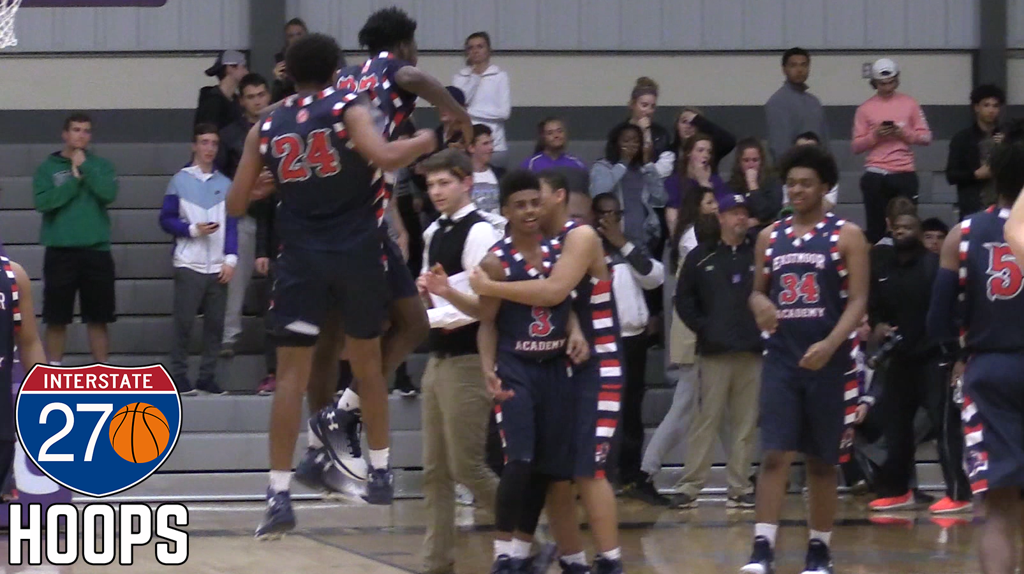