COLUMBUS, Ohio -- The district semifinal outlook for next week will be determined after Friday's action. With six games taking place in Central Ohio, 12 teams will be fighting to keep their seasons alive. Let's take a look at our previews and predictions for each game.

Pickerington Central will host a matchup between the top seed and the lowest seed in the tournament on Friday. The Tigers are the overwhelming favorite in this one, as Pickerington Central should have no issues in advancing to the district semifinals.

Westland wins if: The chances are extremely, extremely slim, but hey! Westland beat Marysville, who beat Dublin Coffman, who beat Upper Arlington, who beat Westerville South, who beat Gahanna, who beat New Albany, who beat Pickerington Central. So maybe the Cougars do have a chance.

No. 9 Pickerington North returns home for the final time to take on a No. 31 Logan team that might be better than its seed. The Panthers are on a hot streak after a second place finish in the OCC-Ohio and should have no problems holding home court. However, Logan has played tough against some of the top area teams, including wins over New Albany and Fairfield Union.

Pickerington North wins if: Jerome Hunter gets going early and his teammates knock down shots. The Panthers should not struggle in this matchup.

Logan wins if: The Chieftains knock down a barrage of threes, prevent Pickerington North from getting in transition by taking care of the ball and find a way to keep the Panthers off the boards.

In a rematch of an earlier season matchup where No. 10 Reynoldsburg took down No. 33 Walnut Ridge by 16 points in the second game of the year, the young Scots will look for different results this time around. Coming in as the underdog, Walnut Ridge takes on an experienced Reynoldsburg team that is on a mission to get back to the district finals for the first time since 2012.

Reynoldsburg wins if: The Raiders get the type of widespread production they've received all season. A strong defensive night should stifle Walnut Ridge and lead to turnovers, which will work in Reynoldsburg's favor.

Walnut Ridge wins if: The Scots execute like they are capable of and Von Cameron Davis has a huge night. Reynoldsburg is big and athletic, but the talented freshman is more than capable of holding his own. The Scots will also need to defend at a high level and limit Reynoldsburg from getting easy points inside.

These two teams meet for the third time this season as familiar foes in the OCC-Central do battle. In those matchups, No. 14 Hilliard Davidson won both, winning by an average margin of 15.5 points. However, beating a team for a third time in one season is a tough task, which could lean in No. 27 Central Crossing's favor. The Comets have shown an ability to beat just about anyone, evidence by a win at Groveport earlier in the season. On the same token, Central Crossing has a few bad losses on its resume.

Hilliard Davidson wins if: The Wildcats lock up defensively like they usually do and get solid production from Nick Livingston, Travis Moore and Jacob Drees. The trio have been terrific lately.

A battle between two young squads takes place at No. 15 Olentangy Liberty on Friday. In the second matchup between the two schools, the host Patriots will look to go 2-0 vs. New Albany this season, as Liberty took down the Eagles 59-48 on Jan. 14. This one could realistically go either way.

Olentangy Liberty wins if: Ben Roderick gets going and his supporting cast knocks down shots. The Patriots will also need to push New Albany off the three-point line and force the Eagles to score off the bounce and at the rim.

New Albany wins if: The Eagles get a healthy dose of perimeter shooting. With Olentangy Liberty not having a true post presence, a big night from Tommy McDonald could be the difference.

A battle between two schools seeded rather far apart, we see the lower seeded team being the favorite in this one. No. 26 Olentangy heads on the road for the third game in a row after the Braves knocked off No. 12 Westerville North on Saturday. Winners of six-straight, it has been nearly a month since Olentangy last lost a game. Opposing them is a No. 17 Grove City team that hasn't won a game since Feb. 3, as it dropped its last three games to end the regular season. Going  a month without a win, we see that rust coming back to affect Grove City tonight.

Grove City wins if: The Greyhounds go to their senior twin towers in the post, as Anthony Tyree and Isaiah Dewberry have a size advantage over Olentangy's entire front line. The Greyhounds will need to hit shots, execute and control the glass to take down an Olentangy team that is firing on all cylinders right now.

Olentangy wins if: The Braves continue to do what they have been doing. Executing at a high level, Olentangy moves the ball as well and efficiently as any team we have seen this season, which bodes well when the Braves are hitting shots. Another healthy performance behind the arc should be enough for Olentangy to advance to a second-straight district semifinal. 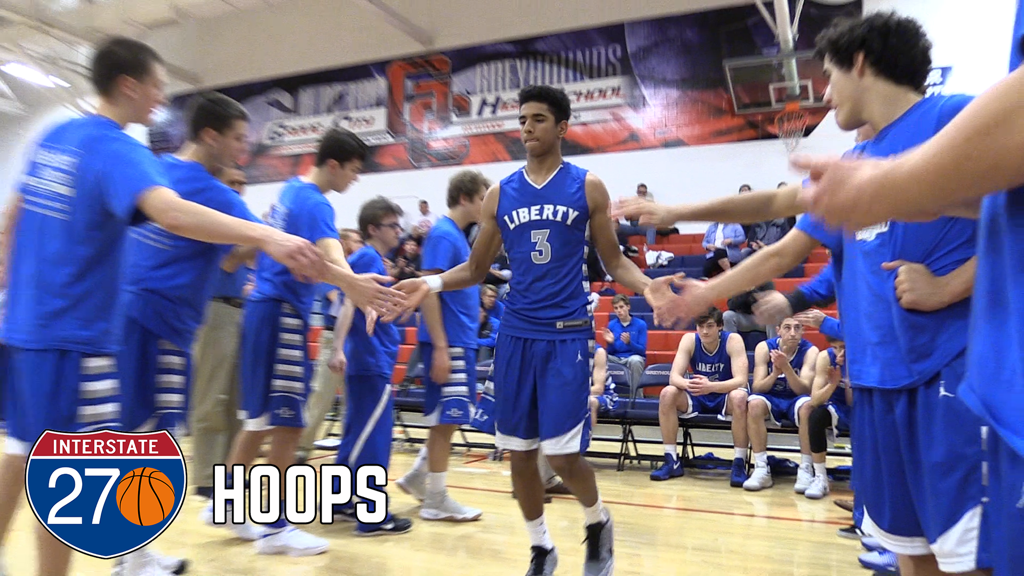