A look at Tuesday's sectional final action in Central Ohio

COLUMBUS, Ohio -- With eight games taking place in Central Ohio on Tuesday, sectional semifinal action went according to plan in 75 percent of the action. While Mifflin and Dublin Coffman would win on the road, top-seeded home teams had no problem on Tuesday. Let's take a look at all the action.

Battle of Dublin: Coffman goes marching into the district semifinals in road win at Jerome

Matching up for the first time since the 2013 sectional semifinals, Dublin Coffman and Dublin Jerome squared off with a little more on the line on Tuesday. With the No. 18 Rocks coming in as the underdogs, Dublin Coffman's group of young players banded together in a tough environment, taking down No. 18 Dublin Jerome, 59-54.

Despite struggling at the free-throw line and from behind-the-arc, Dublin Coffman would battle through adversity. Controlling Tuesday's game for most of the action, Coffman started fast, racing out to a 16-9 lead after a quarter of play.

Keeping a Jerome team that likes to play fast at a moderate pace, Coffman would rely on its underclassmen in the second quarter. Freshman point guard Dominiq Penn and sophomore wing Will Hunter both got into a rhythm before halftime, combining for 17 points in the first half to give Coffman a 33-27 advantage at the break.

In the third quarter, Coffman would extend its lead to 10, as a Luke Bartemes three put the Rocks up 39-29 with 4:30 to go in the frame. Dublin Jerome would strike back, ending the quarter on a 13-5 run, pulling within two at 44-42 going into the fourth.

Relying on its junior duo of Lucas House and Andrew Golda in the second half, Jerome would have a chance to take control of Tuesday's sectional final matchup when it mattered most. Golda would have his biggest moment of the game early into the quarter, as a three-point play from the 6-foot-8 post put Jerome ahead 45-44 with 7:11 to go.

Responding on the next possession, Coffman junior wing Trevor Grady put up his first points of the game on a powerful baseline slam, putting the Rocks back ahead 46-45.

Dublin Jerome senior point guard Zach Watson would take the lead back for the Celtics, hitting a three with 4:45 to go, putting Jerome ahead 48-47. As it went on Tuesday, whenever Jerome landed a haymaker, Coffman punched back harder.

Taking the lead back for Coffman, junior forward Nick Carlson scored a tough bucket inside, giving the Rocks the lead for the final time at 49-48 with 3:47 remaining.

Going back to Grady moments later, Coffman completed a sidelines alley-oop play from well beyond the three-point line, as the 6-foot-5 junior extended and finished through contact. Converting the three-point play, Grady's ensuing free throw put Coffman ahead 52-48 with 2:39 to go.

Jerome would cut the lead back to a single point, as senior Joe Dunnan buried his third triple of the game, closing the lead to 52-51 with 1:10 to go.

While it may have struggled at the line for stretches on Tuesday, Coffman executed when it mattered most, converting at the charity stripe in the final minute to close out a 59-54 victory.

Leading the way for the Rocks on the road was the freshman Penn, who finished with 16 points. Knocking down three triples, Penn's threes came at the right times, as the Ohio State legacy was able to stretch the Jerome defense with his deadly range. Carlson and Bartemes each added 11 points, as the sophomore Bartemes stepped up big-time for Grady, who battled foul trouble in the first half.

Hunter added nine points, all in the first half, as the lanky 6-foot-3 sophomore was able to blow by the Jerome defense on multiple occasions. Grady added all six of his points in the fourth quarter on athletic plays above the rim, which gave Coffman the juice and momentum it needed to pull off a tough win.

For Jerome, Watson led all scorers with 14 points and six assists. Wrapping up a great career where he had a major impact in Jerome's immense success in the last three seasons, Watson will move on to Carnegie-Mellon in Pennsylvania. House and Golda each added 11 points, while Dunnan finished with nine points on all three-point field goals. No other Jerome player scored more than three points on Tuesday.

With the win, Dublin Jerome advances to play the winner of No. 17 Grove City and No. 26 Olentangy on March 8. The location for that game is to be determined. Scrimmaging Grove City in the preseason and losing on the road to Olentangy earlier in the year, Dublin Coffman will have a bit more familiarity with its next opponent.

Advancing to the district semifinals yet again, Coffman continues to succeed in the tournament year after year.

In a game that was an overtime win for Gahanna the first time around, the result would be much of the same on Tuesday as the Lions topped Thomas Worthington, this time in regulation, 57-42 .

Early on in the game, Thomas Worthington was able to get after the Lions on defense and cause Gahanna to take plenty of tough shots against their 3-2 zone. Unfortunately for the Cardinals, Gahanna super sophomore Jordan Mitchell is more than capable of hitting tough shots.

Despite leading 16-13 after a quarter of play, Thomas Worthing would not be able to distance themselves on the road. Whatever momentum Thomas Worthington had in the first quarter, Gahanna would match that in the second frame. Holding Thomas to nine points in the quarter, Gahanna was able to force a tie at the break, as each team went into halftime with 25 points.

Gahanna came out the second half  absolutely locked in on the defensive end, forcing five consecutive turnovers that fueled a game-deciding 10-0 run for the Lions.

Going scoreless for the first four and a half minutes of the third quarter, Thomas Worthington would eventually find offense, however, Gahanna would not slow down. Outscoring the Cardinals 32-17 in the second half, Gahanna cruised to the district semifinals in a 57-42 victory.

Leading the way for the Lions was none other than Mitchell, who finished with 21 points and 10 rebounds. Dominating all across the board, Mitchell added four steals, three assists and a block to his stat line.

No. 2 Newark had no issues in dispatching No. 46 West, as the Wildcats led 46-4 at halftime. Junior wing JT Shumate outscored the opposition by himself, scoring 23 points in the first half alone. Newark advances to the district semifinals to take on the winner of No. 15 Olentangy Liberty and No. 21 New Albany on March 8. Newark beat both teams during the regular season.

No. 6 Westerville South rolled in dominating fashion over No. 44 Big Walnut into its fourth-straight district semifinal on Tuesday. Kaleb Wesson and Antoine Smith combined for 46 points as the Wildcats dominated from the opening tip. With the win, Westerville South advances to play the winner of No. 14 Hilliard Davidson and No. 27 Central Crossing on March 8.

Outscoring No. 28 Lancaster 35-23 in the second half, No. 7 Groveport rolled to its third-straight district semifinal in a 66-47 victory. Lony Francis led the way with 15 points, 12 rebounds, eight blocks and five assists for the Cruisers. Groveport advances to play the winner of No. 3 Hilliard Bradley and No. 40 Teays Valley on March 8.

Nick Muszynski went for a career-high 30 points and 14 rebounds as No. 8 St. Charles dominated No. 29 Tri-Valley, cruising to a 69-43 victory. The Cardinals will face the winner of No. 10 Reynoldsburg and No. 33 Walnut Ridge on March 8.

No. 19 Mifflin avenged a seven-point halftime deficit to take care of business on the road in overtime against No. 16 Dublin Scioto. Bahati Haralson, Jeremiah Jackson, James Watkins and Jamal Dorsey combined for 55 points for Mifflin. Dublin Scioto was led by Brandon Vertolli, who scored a game-high 22 points. Mifflin advances to likely play No. 1 Pickerington Central (Tigers play No. 47 Westland on Friday) on March 8. 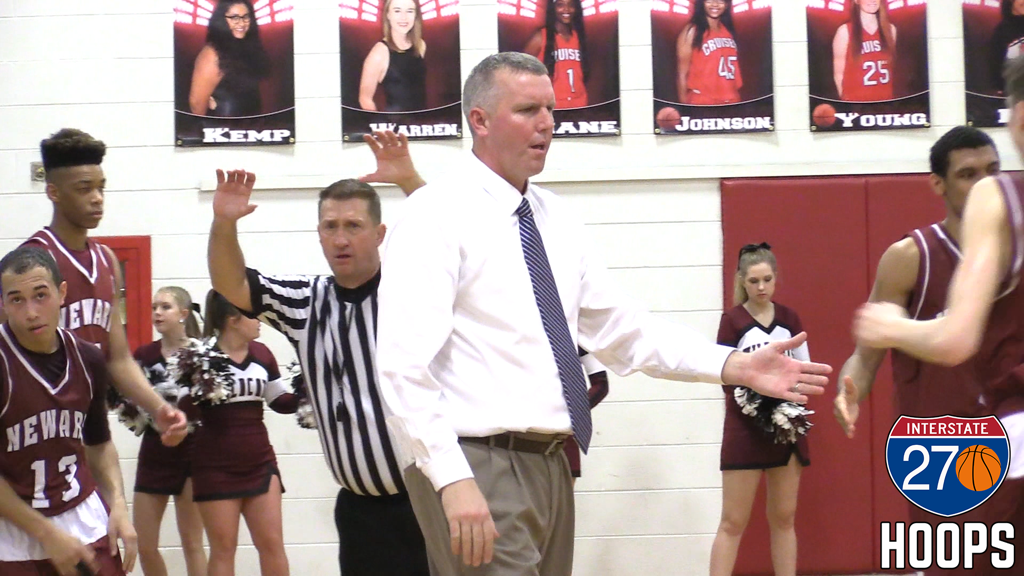 Here's our latest batch of sign ups for the Ohio Prospect Camp 🔥 This is a MUST ATTEND event for Ohio hoopers. The… https://t.co/Nwq6Sa0oy0

Here's our latest batch of sign ups for the Ohio Prospect Camp 🔥 This is a MUST ATTEND event for Ohio hoopers. The… https://t.co/f5S0oGDKHS

Ohio Prospect Camp inventory update 🔥 July 1 is the DEADLINE ‼️ These are the spots remaining in the camp ⤵️ Gir… https://t.co/6yg2PhWUNH