COLUMBUS, Ohio -- With tournament action in full swing in Central Ohio, let's take a look at all 12 games in the area.

No. 25 Olentangy upsets No. 12 Westerville North on the road in revenge match

No. 25 Olentangy, who had lost the first two times to Westerville North by a total of four points, had a different story in mind on Saturday. Defeating the 12th-seeded Warriors 71-68, Olentangy controlled the flow of the game and ran their sets with precision, as they never trailed at any point.

The Braves were paced by senior guard Jason Sieve with 21 points and seven rebounds while sophomore Sean Marks added 20 points. The two were able to make big shots and offer responses every time Westerville North gained some momentum.

The Braves needed all of those points from its talented duo to hold off Westerville North, as sophomore guard Jeremiah Keene finished with 22 points and was able to keep his team around all day as they played from behind the whole game.

With four minutes left in the game trailing by 10, and stall-ball pending, the Warriors went to a full court press and really got after the Braves.

Big shots from Keene and junior Julius Brown ( 15 points) helped cut into the lead. A few possessions later, senior Malik Sammons skied for a rebound, raced to the corner and buried a three, cutting the lead to 70-68.

However, Westerville North would not get any closer than two points, falling in the final seconds. For Olentangy, this marks the second year in a row where the Braves have upset a top 12 seed on the road.

Olentangy advances to take on No. 17 Grove City on the road on March 3 at 7 p.m.

After trailing 39-37 heading into the fourth quarter, No. 8 St. Charles looked to be completely out of rhythm against a scrappy 30th-seeded Briggs team that won the middle quarters by a wide margin.

Responding with a 19-5 fourth quarter, St. Charles tightened pressure and knocked down key shots to put Briggs away. Holding Briggs scoreless for the first two minutes of the quarter, St. Charles would take its final lead of the game with 5:53 to play, as junior guard George Javitch buried a three to put the Cardinals ahead 42-39.

Briggs would claw to within one with 4:42 to go, but would not get any closer than that, as St. Charles put together a 12-0 run over the next three and a half minutes, extinguishing any hope of a Bruins comeback.

For Briggs, the Bruins were able to stick around in large part due to its three-point shooting. Knocking down six threes in the second quarter alone, the Bruins eliminated an early 13-point deficit after the end of the first quarter. Briggs took its largest lead of the game at 39-34 with 1:55 to go in the third, but would only manage two more points in the next eight minutes of play. Briggs was led by senior guard Danny Corbett, who finished a four-year varsity career with the Bruins with 15 points.

In a home matchup against former OCC member and No. 35 Mount Vernon, No. 13 Gahanna survived disaster at home. After trailing 27-19 at half, Gahanna rallied in the second half to advance to the sectional finals.

A late three from sophomore guard Josh Corbin with nine seconds remaining put Gahanna ahead 51-49, as the Lions avoided the upset of the tournament. Corbin led Gahanna, who outscored Mount Vernon 33-22 in the second half, with 15 points. No other player scored in double figures for the Lions.

For Mount Vernon, Kaden Daniels and Tim Zeller combined for 34 points. No other player added more than six points outside of its scoring duo.

Near Disaster: No. 21 New Albany defeats No. 23 Zanesville in overtime after waved off buzzer beater in regulation

No. 21 New Albany survived a potential disaster had the Eagles lost to No. 23 Zanesville in overtime on Saturday. With the game tied at 43 and 20 seconds to go, New Albany held possession and would be holding for the last shot.

After a missed three from senior guard Jordan Nash, junior guard Remi Martin scooped up the rebound and put it back with just under a second remaining to lead the Eagles to a dramatic win.....except he didn't.

Despite the ball going through the net before time expired, the officials waved off Martin's game-winner, albeit video and photo evidence that the shot was good, forcing Saturday's game to go to overtime.

Luckily the basketball gods would bail New Albany (and the officials) out, as the Eagles controlled the overtime period, advancing to the sectional finals in a 53-49 win.

Leading the way for New Albany was junior guard Jalin Jackson, who finished with 19 points. Nash and senior forward Tommy McDonald each added 13 points for an Eagles team that avenged a two-point deficit in the final minute.

With the win, New Albany advances to play at No. 15 Olentangy Liberty on March 3 at 7 p.m.

The Best of the Rest

Pickerington Central advances to play No. 47 Westland on March 3 at 7 p.m.

Hilliard Bradley advances to play No. 40 Teays Valley on March 3 at 7 p.m.

Northland advances to play No. 37 Westerville Central on March 3 at 7 p.m.

Pickerington North advances to play No. 31 Logan on March 3 at 7 p.m.

Reynoldsburg advances to play No. 33 Walnut Ridge on March 3 at 7 p.m.

Hilliard Davidson advances to play No. 27 Central Crossing on March 3 at 7 p.m. 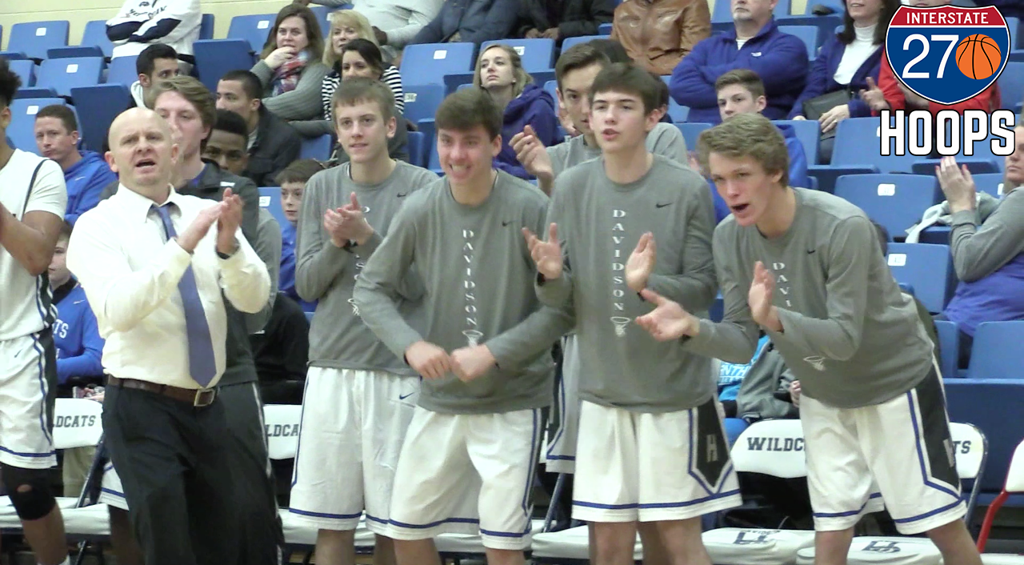