COLUMBUS, Ohio -- Last Saturday's showdown between previously No. 1 Newark and No. 2 Pickerington Central was not only a battle for the top seed in the Central District tournament, but No. 1 in the Division I Power Rankings.

After coming away victorious at home in front of a sell-out crowd, Pickerington Central regains its top spot in the rankings, as the Tigers look to lead the area into the tournament.

Let's take a look at the updated top 25.

This Week: Tuesday at #6 Reynoldsburg, Friday at #12 Grove City

Outlook: Pickerington Central regained its top spot among the area, but will have to go on the road twice this week to defend it. The first challenge is at No. 6 Reynoldsburg, who has the depth and size to compete with the Tigers. Following that matchup is a road game at No. 12 Grove City, who is playing inspired basketball at the moment. The most talented team in the area, Pickerington Central has been stellar for most of the year and will look to remain unbeaten in the OCC-Ohio this week.

This Week: Tuesday vs. Big Walnut, Friday at #8 Groveport

Outlook: While its undefeated streak was snapped at 18 games, Newark has a unblemished record to defend in the OCC-Capital. Two games away from a league title, the Wildcats can wrap that up on Friday at No. 8 Groveport. With the bad taste of defeat finally in its mouth, you can expect Newark to come out firing this week heading into the tournament.

This Week: Tuesday vs. #10 Dublin Jerome, Friday at #14 Dublin Scioto

Outlook: Hilliard Bradley has won 16-straight games and has a chance to finish the regular season at 21-1. The Jaguars can wrap up a league title on Tuesday at home vs. #10 Dublin Jerome, as it defeated the Celtics by 17 points earlier in the year. An undefeated week will likely award Bradley with the third seed in the district tournament.

This Week: Tuesday at Westland, Friday vs. Marysville

Outlook: Tied atop the OCC-Central with Dublin Coffman, Upper Arlington gets a week of two tune up games before taking on the Shamrocks on Feb. 17. If both teams go unblemished in league play until then, look for the matchup at Dublin Coffman to be a huge one, as an OCC title will be on the line. Upper Arlington should have little trouble this week.

This Week: Tuesday vs. East, Friday at #19 Mifflin. Saturday vs. Springfield.

Outlook: Northland nearly lost a shocking upset at Linden last Tuesday, just surviving the Panthers late. After running through International on Friday, the Vikings have another intriguing week ahead. Two league games await, including a road test at No. 19 Mifflin, whom the Vikings defeated 77-70 earlier in the year. Northland's toughest test is on Saturday against a Springfield team that matches the Vikings' size and athleticism. Northland lost a tough one on the road at Springfield a year ago, so look for this one to have a little more on the line than usual.

Outlook: Reynoldsburg has its most challenging week of the season, as the Raiders take on both Pickerington schools this week. After dropping a home game vs. No. 15 Grove City last week, the Raiders will need to get things together in a hurry as it takes on two teams with high-major talent.

This Week: Tuesday at Olentangy Orange, Friday vs. #17 Westerville North

Outlook: Westerville South is flying under the radar a bit right now, but the Wildcats are still a threat in the area. South will look to remain unbeaten in league play with two division games this week, including a home matchup vs. rival Westerville North on Friday.

Outlook: Still one game back of Newark in the OCC-Capital, Groveport will have a chance to clinch a share of a division title this week. With Friday's home matchup with the No. 2 Wildcats looming, the Cruisers must be careful to not overlook New Albany, as Tuesday could serve as a bit of a trap game for Groveport. If Groveport can overcome New Albany, look for the Cruisers to give all that they have on Friday, as the program has a chance to win its first conference title since 2005.

This Week: Friday at Watterson

Outlook: St. Charles continues to lead the Central Catholic League, as the Cardinals have a road challenge at rival Watterson looming on Friday. Despite not having another Division I team on its schedule to end the season, St. Charles has some challenging games remaining, including a road matchup at DeSales on Feb. 22, which could decide the CCL.

This Week: Tuesday at #3 Hilliard Bradley, Friday at #20 Delaware

Outlook: This week we find out how good Dublin Jerome really is. One game back of Hilliard Bradley in the OCC-Cardinal, the Celtics will have a chance to force a tie in the division on Tuesday. Heading to Bradley for a tough league matchup, Jerome will attempt to deliver the Jags' first home loss of the season. If Jerome can upset Bradley, look for that to have a big impact on the district tournament.

This Week: Tuesday vs. Lancaster, Friday vs. #6 Reynoldsburg

Outlook: With its last three games being at home, Pickerington North has a chance to get hot heading into the tournament. This week will be a challenging one, as Lancaster and Reynoldsburg come to town. Beating both teams in the first round of league play, Pickerington North can expect to get a hungry Reynoldsburg team on Friday, as the Panthers upset the Raiders on the road earlier in the year. A 3-0 end to the season will greatly help North's stock heading into the postseason.

This Week: Tuesday at #13 Gahanna, Friday vs. #1 Pickerington North

Outlook: Winners of its last three games, Grove City has navigated a challenging stretch to end the season with great poise. Upsetting Reynoldsburg on the road on Friday, the Greyhounds will look to keep rolling away from home on Tuesday at Gahanna. Taking down the Lions earlier in the year, Grove City will attempt a sweep, something it hasn't done vs. Gahanna in a long time. Three days later, Grove City will gear up for Pickerington Central, who will be looking to stay unbeaten in OCC-Ohio play. Grove City has the makings of a team that could make a surprise run to a district final, similar to Groveport last season.

This Week: Tuesday vs. #12 Grove City, Friday vs. Lancaster

Outlook: In a season of ups and downs, Gahanna has been consistently inconsistent. Gahanna has yet to win more than two games in a row this year, but also has not lost more than two games in a row. Gahanna gets two home games this week, as the Lions can improve its stock and also notch three-straight wins for the first time all season. This week will be critical for the Lions' momentum heading into tournament play.

This Week: Tuesday at #21 Thomas Worthington, Friday vs. #3 Hilliard Bradley

Outlook: Dublin Scioto has been THE surprise team in Central Ohio this year, as the Irish are playing good basketball at the moment, posting its highest number of wins since 2013. Senior guard Brandon Vertolli has been terrific this season, and will need to keep playing at a high level, as two tough league matchups await. Scioto can really cement its spot among top teams in the area against Hilliard Bradley on Friday at home. Scioto has currently won seven games in a row.

Outlook: Another team that has exceeded expectations this year, Olentangy Liberty will have to take care of business this week against two solid teams. After losing a heartbreaker at the buzzer vs. Westerville North earlier this year, the Patriots will look for revenge on the road on Tuesday. A win over North would do great things for the Patriots' stock, as Liberty will have to take care of business on Friday as well against a Central team that is much better than its record shows.

This Week: Tuesday at Central Crossing, Friday vs. Westland

This Week: Tuesday vs. #15 Olentangy Liberty, Friday at #7 Westerville South

This Week: Tuesday at Marysville, Friday at Central Crossing

This Week: Tuesday at Whetstone, Friday vs. #5 Northland

This Week: Tuesday at Worthington Kilbourne, Friday vs. #14 Dublin Scioto 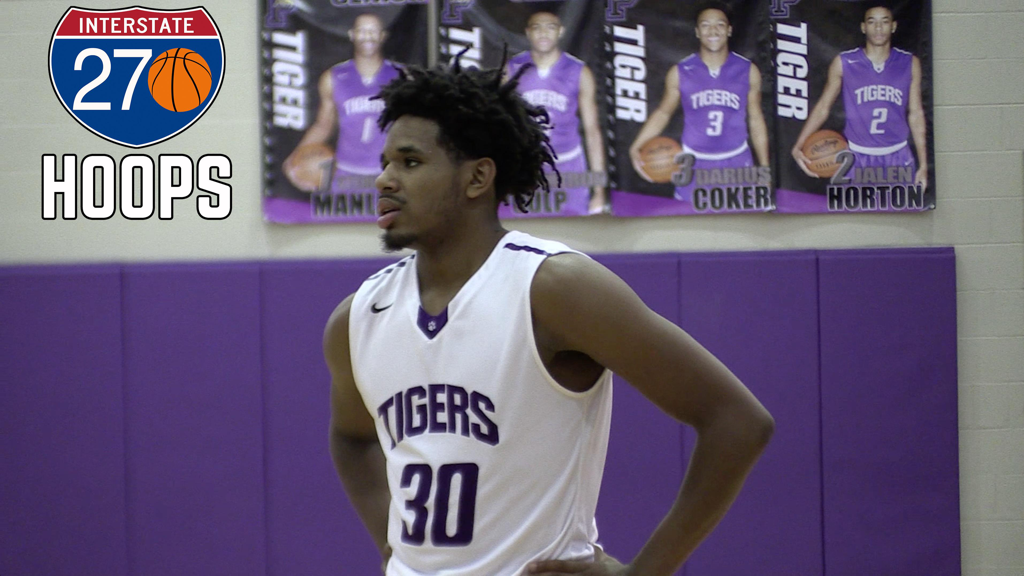 Around the Area: A look at Tuesday's top games PLUS NEW RANKINGS ‼️🔥 --> https://t.co/WYOOj7Ycda https://t.co/7OQsH1kISD