After remaining undefeated, South stays atop the newest batch of D2 Power Rankings.

COLUMBUS, Ohio -- After a crazy week of overtime thrillers and buzzer beaters, here is the newest batch of Div. II Power Rankings.

This week: Friday at #4 Eastmoor.

Outlook: Arguably the toughest out in the City League this year, South is looking better than ever. South looks to keep their undefeated season alive with a win over division opponent No. 4 Eastmoor on Friday. The game will determine who will hold sole possession of first place in the City League South.

This week: Saturday at Circleville.

Outlook: The Falcons have been hot as of late, dominating their last four opponents. Fairfield Union will look to ride their five game winning streak through this weekend as they face off against division opponent Circleville on Saturday.

Outlook: Looking as if they were the No. 1 team in Div. II, No. 1 (D4) Grove City Christian came to DeSales and pulled off a big upset in a 2OT thriller that went down to the final shot on Monday. The Stallions look to bounce back as they face off against crosstown foe No. 4 (D3) Bishop Ready, as the trio of Chanc Dawson, Dominick Volini and Brady Thomas look to hand DeSales their first conference loss of the year.

This week: Friday vs. #1 South, Saturday against Springfield.

Outlook: After three close wins over the past week to three tough opponents, Eastmoor faces their toughest task of the year thus far as they take on the undefeated City League North leader in No. 1 South before they head down to face Springfield in Flyin' to the Hoop. With a win over No. 1 South on Friday, Eastmoor could take over as the top team in the City League South.

This week: Saturday at Teays Valley.

Outlook: The Bulldogs have been hot as of late, currently riding an eight game winning streak and sitting undefeated in divisional games. Bloom-Carroll looks to keep things rolling as they face off against Teays Valley on Saturday night in hopes to stay undefeated before taking on No. 2 Fairfield Union on Jan. 20.

Outlook: With a week until their next game, Heath will look to use this time to get ready to face their tough stretch of division games, starting with Utica on Jan. 17 and Northridge on Jan. 20. Heath has been the team to beat in the LCL this year and looks to keep that reputation alive.

Outlook: Coming off of a tough home loss to No. 3 DeSales, the Hawks came back with two dominating wins against New Hope and Horizon Science Academy. Bishop Hartley looks to make some noise in the CCL as they face off against No. 8 (D1) St. Charles at home on Friday night to keep their CCL title hopes alive.

Outlook: Johnstown, following two convincing wins, looks to take care of business on Saturday night as they head up to No. 5 (D3) Centerburg in a tough non-conference battle that would give them confidence before taking on division rival Northridge on Jan. 17.

Outlook: After a hard loss to No. 3 (D3) Grandview, the Rams bounced back with a dominating win over West Jeff where senior CJ Prater scored 18 points. Whitehall faces a tough task ahead in division rival No. 1 (D3) Worthington Christian, where senior Jay Joseph and the Warriors look to take care of business at home.

This week: Friday at Linden.

Outlook: After a heartbreaking loss to No. 8 (D1) St. Charles in the first annual The Challenge, the Cougars bounced back with a thrashing of division opponent East, winning convincingly along with junior Jelani Simmons accounting for a career-high 34 points. Beechcroft looks to continue their success this year with a win over the tough divisional opponent Linden on Friday night. 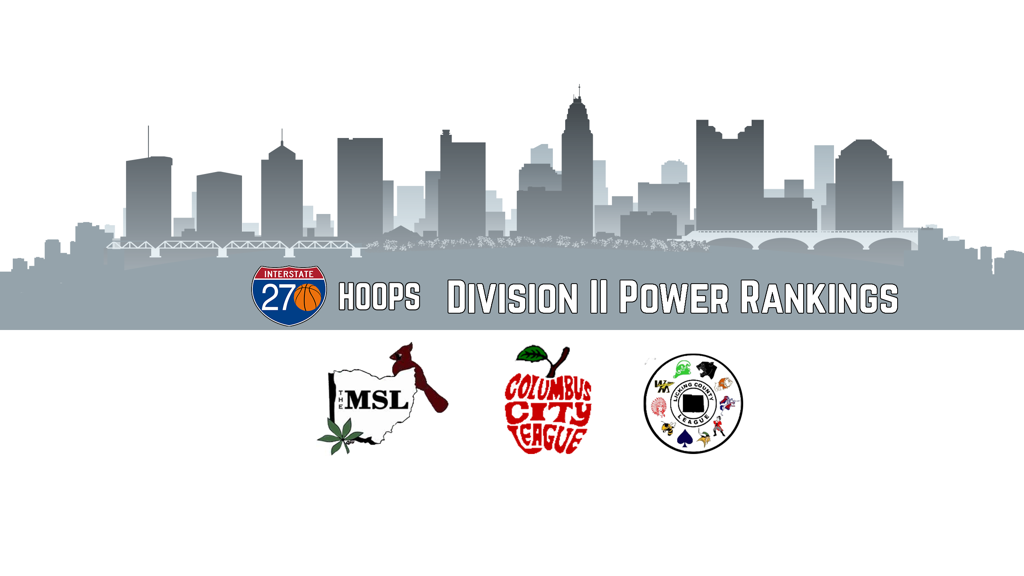