A look at some standout rising freshman wings from The Intro

LEWIS CENTER, Ohio -- The second annual The Intro tipped off on Saturday at Olentangy Orange, as we had a unique chance to watch 98 rising freshmen in Central Ohio compete under one roof. As we continue our recap series, we will take a look at some of the standout wings from the event. We covered standout guards on Sunday and will follow up Tuesday with standout bigs.

While The Intro featured dozens of quality guards, there were several standout wings who made an impression during the six hours of hoops at Olentangy Orange. Let’s take a look at each of them here. 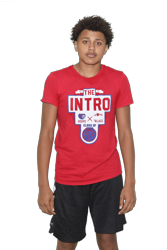 Devin Royal (WF / Pickerington Central / 2023): Pickerington Central could have their next big time wing in freshman Devin Royal. A physically imposing wing, Royal has an excellent build of size and strength. He can handle the ball on the perimeter and was dominant going downhill and getting into the lane at will on Saturday. Royal does an excellent job of finishing through contact as well, which is no surprise given his frame and natural athletic ability. He’s a bruiser inside and isn’t afraid to get physical and body dudes around. We didn’t get to see him shoot it much from the outside, so time will tell if that’s a trait Royal has in his game. On the defensive side of the ball, he possesses the ability to defend around the rim and on the perimeter. We saw him come up with several forceful blocks and instinctive plays on that end of the floor. If he brings a consistent motor to the table and does the right things, Royal will be a big part of the Tigers future and could even see some varsity time this season. 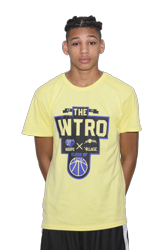 Brandon Ivery (WF / Wellington / 2023): Ivery impressed both on the perimeter and in the paint, playing with a consistent motor throughout the event. He’s a favorable athlete with a good frame and the ability to handle the ball on the perimeter. Ivery initially caught our attention with his dominance in 2-on-2 drills, where he was able to get to the rim using his size and length to finish. The drill required the defense to finish by securing the rebound and Ivery made that quite difficult by dominating on the glass. He’s very aggressive with his touches and likes to attack the rim at will. We saw several nice coast to coast takes, two of which he finished by way of a very smooth euro a soft touch floater. His feel for the game is impressive at a young age and his length allows him to operate around the rim with ease. Ivery likes to crash the glass as well and get after it on defense. He is a tough matchup for young wings at this point and will only get better on that end as he improves his IQ and continues to develop. Ivery was very good in help side defense where he terrorized the passing lanes. He should have the chance to see some varsity time for the Jaguars this season and is sure to be a big time contributor for them in the future. 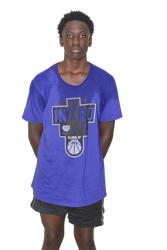 Jeff Amapps (WF / Pickerington North / 2023): Coming into The Intro, we got a kick out of Amapps’ Twitter handle @bucketgetter270. One, he had 270 at the end, which was pretty cool, and two, his @ name got straight to the point. Fortunately for Amapps, his @ name was factual, as he was one of the best pure scorers in the event. Getting to the rim at will, Amapps proved to be a physical downhill slasher that would not let anyone stand in the way of a bucket. Having one of the best motors in the gym, Amapps was a force on the glass, on defense and in transition where he was hard to stop. We didn’t really get a chance to see Amapps shoot it, but we like his upside as a physical slashing wing who finishes plays and gives max effort. In a North program that values toughness and aggressiveness, Amapps should fit right in. 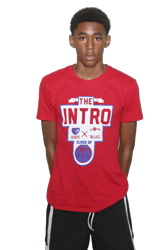 Dailyn Swain (WG / Africentric / 2023): In terms of natural talent, there may not have been a more talented prospect in the gym than Africentric’s Swain. In terms of youth, he was one of the youngest players in the event which bodes well for not only his future but Africentric’s. Standing at about 6-foot-3, Swain is a big wing with a ton of natural ability. He can handle it, he can REALLY pass it and he’s a developing shooter that shows confidence in that area. While Swain wasn’t as aggressive as we would have liked, partly due to sharing the court with so many talented players, we saw flashes of his big-time potential. Swain is a very talented passer on the move, showcasing great vision and unselfishness. He has excellent length, can defend multiple positions and is capable of leading the break thanks to his long arms and quick hands, which helped him force a few steals on Saturday. When it’s all said and done, Swain could have the potential to be the best prospect in this class, however, we would like to see him become more aggressive. Younger than just about every prospect in the 2023 class, Swain’s best basketball is still ahead of him, as we can’t wait to watch him develop. 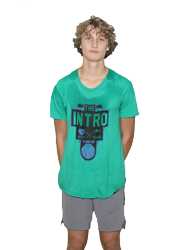 Joey Zalewski (WF / Thomas Worthington / 2023): One of the most productive players in the event over the course of the day, Zalewski got better as the day went on. An athletic slashing wing who played with excellent toughness and purpose, Zalewski paired very nicely with Dublin Jerome’s Ryan Nutter, as the duo proved to be one of the event’s better one-two punches. Zalewski runs the floor very well where he can finish on either side of the rim. He attacks the glass hard, is not afraid to compete on the defensive end and is effective both in half court and uptempo settings. We were impressed with the level of body control that Zalewski showed, as he finished several difficult attempts at the rim. In a low usage role, Zalewski is very effective, as he is a tough matchup for below average defenders. Fortunately for the freshman, that might just be the case for him all high school season, as he should have a great chance to earn quality minutes on a Thomas Worthington team with plenty of firepower already. With a talent like Zalewski serving as a role player, that will mean good things for the Cardinals. We look forward to watching Zalewski develop, as he already has the physical tools and toughness to be a very productive player. 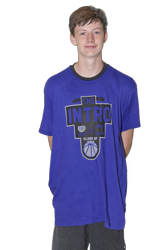 Gavin Headings (WF / Dublin Coffman / 2023): While Headings is still very early on in his development, the talent is evident when you watch him. A big wing at 6-foot-3 who can handle, pass, shoot and even block shots, Headings has the tools to become a very productive player down the line. We saw flashes of that on Saturday as his Blue 1 team had a successful afternoon going 2-1. Headings really flourishes in the uptempo game where he can handle it in the open floor and create for others. On the offensive end, Headings is best equipped in low usage roles where he can make one move and get into his pull up jumper, which is one of the best in his class. The next step for Headings is to add strength to his long and wiry frame. Once Headings is equipped to handle and finish through contact, he will have a chance to become one of the best talents in the class. 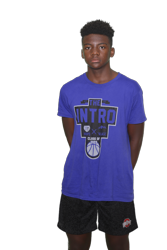 Buba Bangura (WF / Westerville Central / 2023): ‘Workhorse’ is the word to describe Bangura. Going hard for every single minute of the event, Bangura earned himself a spot in the Top 20 game and was quite frankly the best rebounder in the event. The Westerville Central freshman has quality size and strength, which he put to use by snagging down more than a dozen offensive rebounds over the course of the three games on Saturday. We love guys who bring elite effort and energy and Bangura is one of those guys. Bangura has a soft touch around the basket, showing the ability to absorb and finish through contact. In a young Westerville Central program with a ton of talent, Bangura will have to work his way up but we have no doubt that he’ll do just that with the type of effort he gave at The Intro. 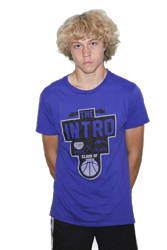 Zach Holder (WF / Northridge / 2023): Holder was hands down the winner of the Intangibles Award on Court 2 on Saturday. He did all the little things that help a team win, snaring every 50/50 ball and making the right rotations to help his team on the defensive side of the floor. Holder was a tough assignment to keep off the boards, snagging eight of them in his 15 minutes of play in Saturday’s opening game. Holder had a strong showing on Court 3, scoring around the rim and earning high praise from staff members. If Holder continues to play with the energy he brought, just his motor alone will take him places in his high school career.

Pickerington Central had yet another promising young wing in building in the form of freshman Isaiah Jackson. Jackson attacked the rim consistently, got after it on the defensive end and scored it in a variety of ways, also showing off a confident stroke. He’ll have to wait his turn in a Tiger program loaded with elite wings, but Jackson has the potential to be next in line.

Harvest Prep freshman Nicholas Harris was a nice pairing with Jackson on the Black 2 squad and showed some versatility on the offensive end with good size and strength around the rim. Harris seems to be one of those guys who will be as good as his motor is on that given day, as he was most effective when getting involved on the offensive glass and running the floor, though he also seemed to take plays off at times. As he continues to grow into his body and add athleticism, Harris will only improve in the future under a legendary head coach in David Dennis Sr.

Dublin Jerome comprised of 15 percent of all players in the event, with 14 Celtics signing up for the event. A player that helped his stock was Henry Guerrera, who won the event’s shooting contest, displaying soft touch and knockdown ability from the perimeter. Guerrera is a lengthy wing with good size, which should bode well in Jerome’s offensive system which relies on guys to be versatile, skilled and capable of shooting the ball from the perimeter. We look forward to watching Guerrera develop, as we were pleased with what we saw on Saturday.

KIPP was represented with two players on Saturday, the first being Jaden Dunn, a sharp-shooting guard who we covered at length on Sunday. The other was Darius Larbi, a lengthy wing who showed some promise on the perimeter as an athletic slasher. We look forward to watching Larbi and especially KIPP more, as the second-year program continues to add talent and will compete at the OHSAA level in Division IV.

Wellington freshman wing Max Schaeffer had a solid afternoon for his Red 2 squad, stretching the floor and knocking down several shots from the perimeter. In a Jaguars program with a ton of youth, Schaeffer could be a guy that contributes at a high level down the line. We like what he brought to the floor, serving as a reliable outside shooting threat for a team with two of the event's best bigs in Bishop Ready's Kaleb Schaffer and Pickerington North's Grant Burke.