Hypothetical Hoops: What if the Columbus City League consolidated to 5 high schools?

Hypothetical Hoops: A What If? Series. Analyzing some of the greatest ‘what if’s’ that the area has to offer

Editor’s note: This is a ‘what if’ series, meaning the majority of content in this article is fictional. This series is based on true events with a twist of “what if” creativity based on past rumors and rumblings and events that shaped the history of local basketball - whether those be injuries to top players, school closings, league/division realignment and much more. Enjoy as we creatively dive into what could have happened in Central Ohio.

COLUMBUS, Ohio -- The vibe on 1160 Ann Street is not that of a team that came a few minutes away from a Division II state championship just seven months ago. For the Bulldogs of South High School, who return a great majority of last season’s winningest team in a long school history, a return trip to the D2 state tournament is off the table.

South has moved up to Division I.

With an enrollment of 367 male students after the effects of competitive balance, the Bulldogs are the smallest school in all of Division I in Central Ohio. South could double its enrollment and still be smaller than Reynoldsburg, Gahanna, Olentangy Orange, Olentangy Liberty and Dublin Coffman - yet the Bulldogs will have to compete among those programs in order to return to last season’s glory.

South is not alone, however.

In the entire City League you cannot find a school with more than 500 boys, as Whetstone ranks as the district’s largest high school with 497 male students.

In the OCC, all but five of its 32 member schools have at least 500 students, as Big Walnut is the smallest program with 443 boys. If Big Walnut were placed in the City League, the Eagles would be the fourth largest school. That’s the type of disparity that exists these days.

Despite that, seven of the City League’s 16 programs will compete in Division I this season, all ranking in the bottom 10 of enrollment.

What if the City League consolidated and created larger schools with more student-athletes? What would that look like? What would it do for basketball in the inner city?

Let's dive into what consolidation might be able to do.

The year is 2016. After all of its Division I basketball programs are shut out from winning district titles, the leaders of Columbus City Schools feel it’s time to make a change with its high schools. With declining enrollment and schools like Linden-McKinley and West facing football extinction due to lack of participation, the leaders feel that something needs to be done. And done fast.

Putting together a plan to consolidate its 16 high schools into five mega schools, CCS goes full steam ahead into this process for the next three school years, with completion coming just prior to the 2019-20 academic year. Included in the plan are four brand new high schools and the use of a newer buildings to host the consolidated schools as one. This is what CCS comes up with. 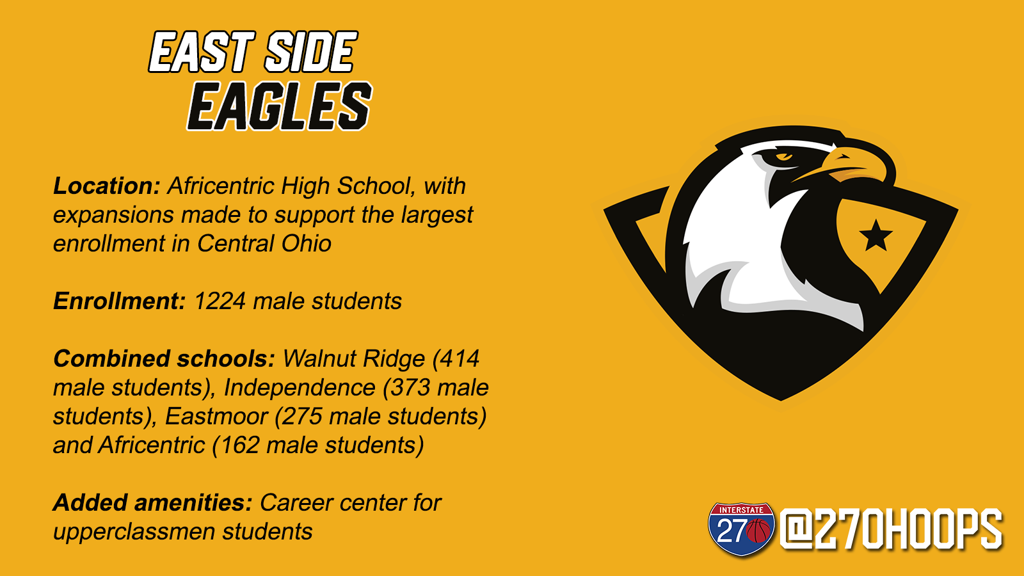 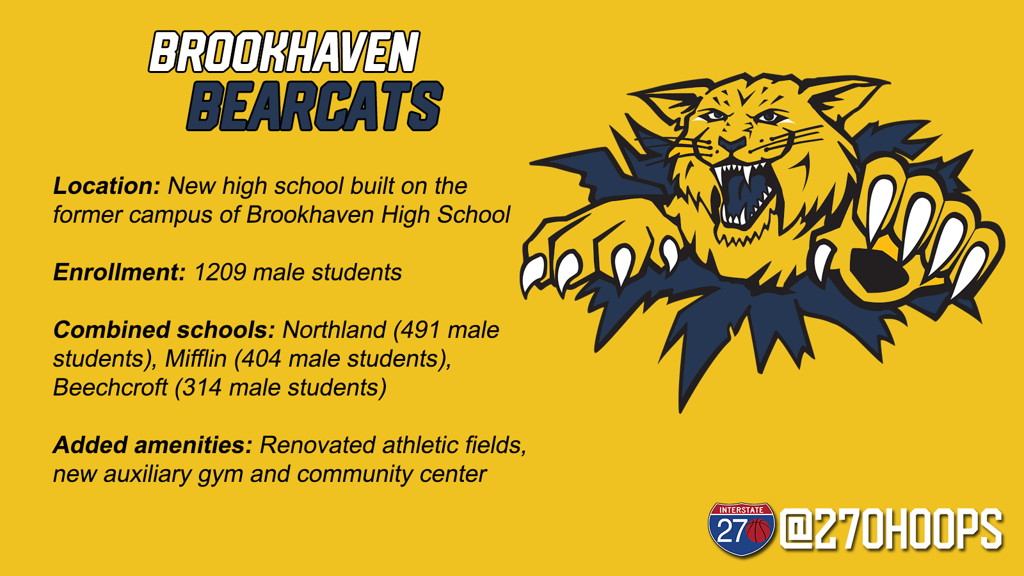 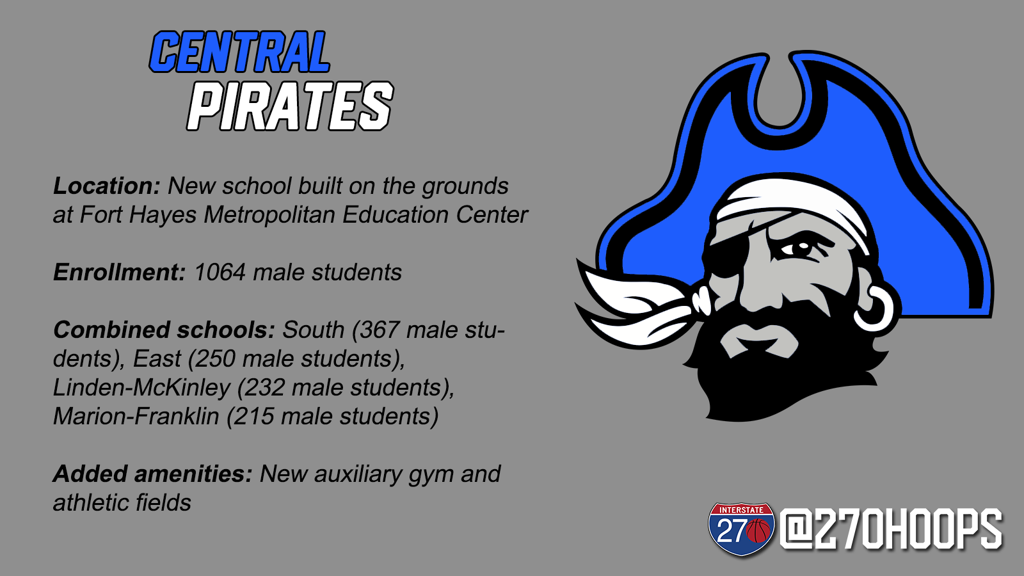 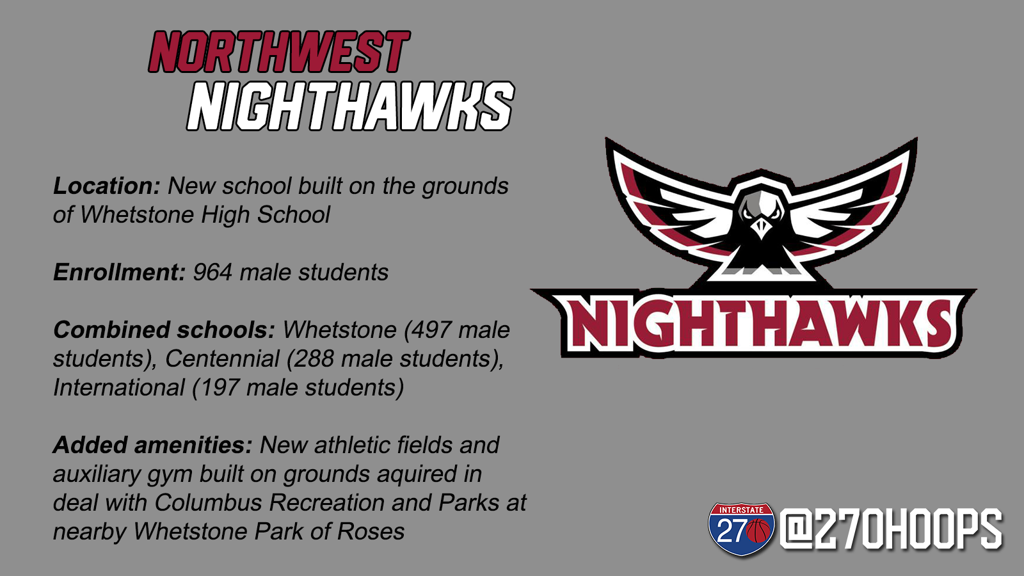 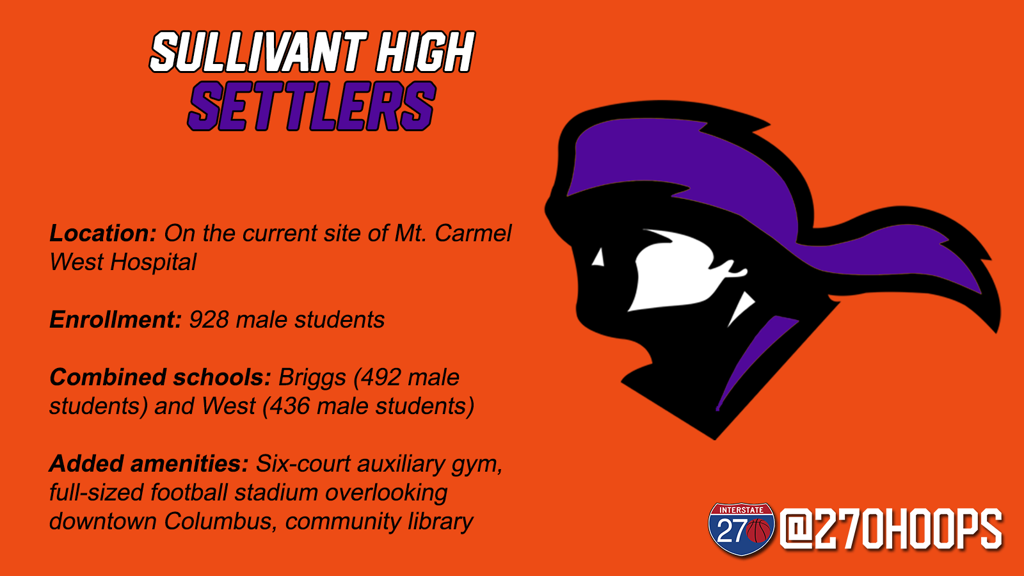 Featuring five of the six largest schools in the Central District, the Columbus City League is changed forever. Basketball and football see the most benefit, with teams having an abundance of players to grow and develop.

The City League’s new five team conference also creates for more non-league scheduling opportunities in all sports, allowing City League teams to play the OCC schools more often that they will face off against in the district tournament. This exposure and familiarity to different teams allows CCS to become more competitive in all sports, as the number of league games are cut in half, with City teams playing up to 13 non-league basketball games instead of the max number of eight non-league games that they have now.

The building and renovation of the five schools allow for expanded and upgraded athletic facilities, which then helps CCS to compete with the major OCC schools. With the talent level increasing across the district, student-athletes see a rise in recruiting interest from colleges, which then enhances the academic performance across the five high schools. CCS competes for district titles, sends its student athletes to college and lays a foundation for the future with new, upgraded facilities with major enrollment that rivals the powerhouses that lay outside Interstate 270.

The best and brightest educators move from all across the district into the five high schools, offering an upgraded academic experience for students in CCS.

In this perfect world scenario, consolidation is clearly the way to go. With the empty hallways, desolate stands and dwindling gyms of the current City League, this just may be the way of the future for Columbus City Schools if the area’s oldest league ever wants to return to the glory of the past.

Midseason Conference Review: A deep dive into the area We take a look at ALL 20 conferences in Central Ohio at the… https://t.co/PTw1Hc7cka