COLUMBUS, Ohio -- June is an interesting month in the offseason because it offers us a chance to see high school teams back together for the summer. On Tuesday at South, the reigning state runner ups hosted a five-team scrimmage where Pickerington North, Walnut Ridge, Centerburg and Briggs all came to town.

Let's take a look at some of the standout performers. 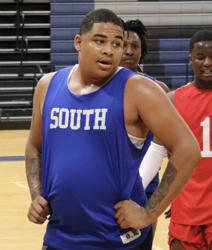 Samual Barton (6'4 PF / South / 2020): Barton broke onto the scene last season as a vital role player and starter on South's state runner up squad. With Marcus Johnson and Trevell Adams missing on Tuesday, Barton stepped up and showed out. The 6-foot-4 forward has clearly improved over the offseason, as his handle, quickness, athleticism and jumpshooting have all gotten better since the end of the high school season.

Barton can operate in the pick and roll as both the handler and roll man, doing more of the former on the night. We were impressed with his ability to knock down perimeter jump shots, while he was also able to beat defenders off the bounce and finish at the rim. Barton has some significant work to do in the classroom this next season, however, if he can put it all together both in school and on the court, he is a definite college basketball prospect. 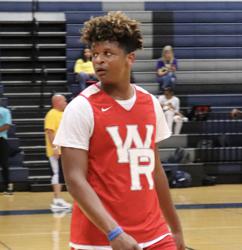 Kaveon Ross (6'5 PF / Walnut Ridge / 2020): Another prospect who has really improved, Ross was very impressive on Tuesday on both ends of the floor. The 6-foot-5 forward is super explosive and moves very well for his size. Ross put all of that to use on Tuesday by attacking the offensive and defensive glass, finishing at and above the rim and making it hard for opposing players to score on him in one on one situations.

For Division II programs in need of size, athleticism and toughness, Ross would be a great look, as he can rebound, rim run, defend the paint and finish through contact inside. 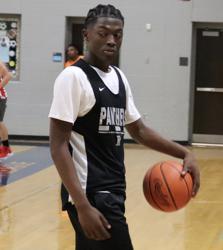 Jerry Saunders (6'1 WG / Pickerington North / 2022): Saunders has been one of my favorite players in the 2022 class ever since The Intro last August and Tuesday might have been his best showing yet. The 6-foot-1 guard plays with great toughness and aggressiveness, while still remaining composed on both ends of the floor, traits that are hard to come by with young guards. Saunders has an ability to knock down shots from all over, both off the catch and off the bounce.

We love Saunders' defensive intensity, as he really gets after it guarding on the ball. With the Panthers returning nearly everyone after coming one game short of the state tournament, increased production from young players like Saunders could be what the doctor ordered for North to win a regional title next winter. 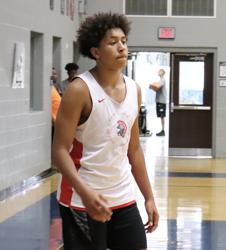 Carter Jones (6'5 WF / Centerburg / 2021): In every class, there are a handful of rural school studs that can play with the best of the best from any area. Jones might just end up being the best of that category in 2021. Getting our second look at him in the last month, we were really impressed with what we saw out of the 6-foot-5 wing when playing with his high school teammates. Jones has grown since last season while also shedding some weight, which has allowed him to become quicker and more explosive.

While Jones jumped onto our radar with his toughness and ability in the post, we saw a different version of him tonight, as he showed an ability to get places off the dribble, taking defenders off the bounce and handling tight pressure. Jones is a knockdown shooter, tough rebounder and high IQ defender, traits that are going to take him places over the next two years. Keep an eye on the 6-foot-5 rising junior and Centerburg next winter, as the Trojans will ride its stud as far as he can take them. 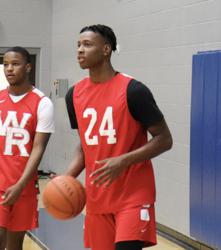 Von Cameron Davis (6'5 WF / Walnut Ridge / 2020): There's not a single player in the 2020 class in Central Ohio who has scored more points than Davis. After setting the area on fire and challenging Ben Roderick as the area's scoring champ last season, Davis is only going to pick up from where he left off. And if Tuesday is any indication, he should be much better as a senior.

The 6-foot-5 forward has continued to fill out, as he is looking and playing like more of a wing. While he makes his bread and butter in the paint where his non-stop motor allows for plenty of easy points and second (and third and fourth) chance opportunities, Davis has really made an effort to improve his perimeter skills and the results have been noticeable. The rising senior is hitting perimeter shots at an improved rate, but his biggest strides have been with his explosiveness and quickness with the ball. Davis showed great lift in the open floor, rising up for a few power slams, while his ball handling ability has improved.

With plenty of offers from low and mid-major programs, Davis has become a high priority in the MAC, as we could see his offer sheet continue to expand with a great July on the Under Armor circuit with C2K Elite. 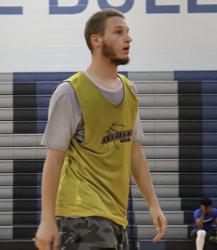 Jacob Cash (6'5 PF / Briggs / 2020): Standing at 6-foot-5, Cash has a sound and efficient offensive game with a majority of his appeal stemming from his jumpshot. The senior knocked down several spot up jumpers from the outside and has enough of a handle to attack a closeout, knock down a one to two dribble jumper, or get into the teeth of the defense and execute simple drive and kicks or dump offs.

On the other end of the floor, Cash will have to continue to develop as an off ball defender and really emphasize his positioning and reaction time, since his below average athletic tools leave little room for error. Expect Cash to step into a bigger role for the Bruins this season. The offense should look to run a lot of ball screens for returning lead guard Domenic Farley, Cash can be a valuable pick and pop forward. He should be somebody to keep an eye on as an offensive minded stretch four if you’re a small school looking to fill out a roster. 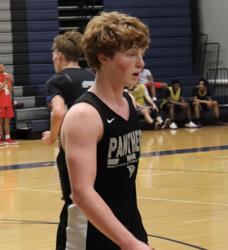 Casey George (5'9 PG / Pickerington North / 2021): We only had the opportunity to watch Casey George play in one game against South, but the junior looked very impressive on both ends of the floor. Standing at 5-foot-9, George is a scrappy guard with deceptively impressive lateral quickness. This combined with his strong frame at his size and wildly aggressive mentality make him a tremendous point of attack defender, which he proved on several occasions against a talented South backcourt.

Offensively, George has a tight handle he’s not overly shifty, but is deliberate with all of his moves and can get into the lane frequently in a variety of ways in high and low usage actions. The junior also had an efficient shooting performance knocking down two pull ups and one spot up shot from the outside. Look for George to make some noise again this season after thriving in a bench role at Pickerington North last season. D3 coaches will fall in love with him as a high IQ backup point guard prospect that makes good decisions, knocks down open shots, and plays tremendous defense. 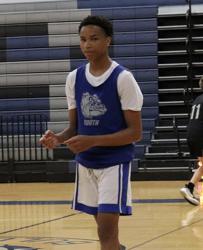 Mo Barnes (5'11 PG / South / 2021): After catching our eyes playing on the JV team for South last season, junior Mo Barnes could become the breakout player in the City League this season. Standing at 5-foot-11 Barnes is a lightning quick shifty southpaw that excels changing directions in order to get into the lane or create space for his pull up jumpshot. Barnes impressed with his ball screen handling on the offensive end of the floor tonight, showing a willingness to find the open man on the weakside of the floor out of spread ball screens and splitting the defense taking advantage of a poor hedge on another.

Defensively, Barnes is a one position defender at the next level due to his current frame. However, he did flash the ability to pester the opposing teams ball handlers with great lateral speed. Along with coming up with some steals both on and off the ball. South has done a fantastic job developing players over the last few seasons and I do not anticipate Barnes to be anything different. He’s a legit prospect that will play a vital role in a Bulldogs backcourt looking to replace Treohn Watkins. 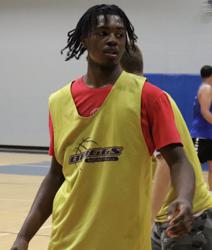 Javion Williams (6'4 PF / Briggs / 2021): Williams continued to do what he does, which is play with a non stop motor at all times on the floor. A solid athlete at 6-foot-4, Williams can make up for his size against most bigs on the boards with his second jump ability and initial leaping explosion. He is a capable below the rim finisher, but really thrives out in transition on the offensive end where he runs the floor better than most big prospects you will find.  While Briggs' guards still failed to get him the ball in transition, hopefully Williams' teammates can fix that issue, as he could provide the Bruins plenty of production just off rim running alone.

The junior flashed some switchability defending in space which was anticipated by his tools, but never really came to fruition in a game. While this performance from Williams was solid, it was too typical. We look forward to seeing the strides the rising junior makes over the next year, as he could really attract plenty of next level interest if his perimeter game can match up with what he's capable of doing around the basket.

RT @JasonMorrow270: Apparently I botched the scheduling of the video, so tomorrow night at 8 pm this will premiere!